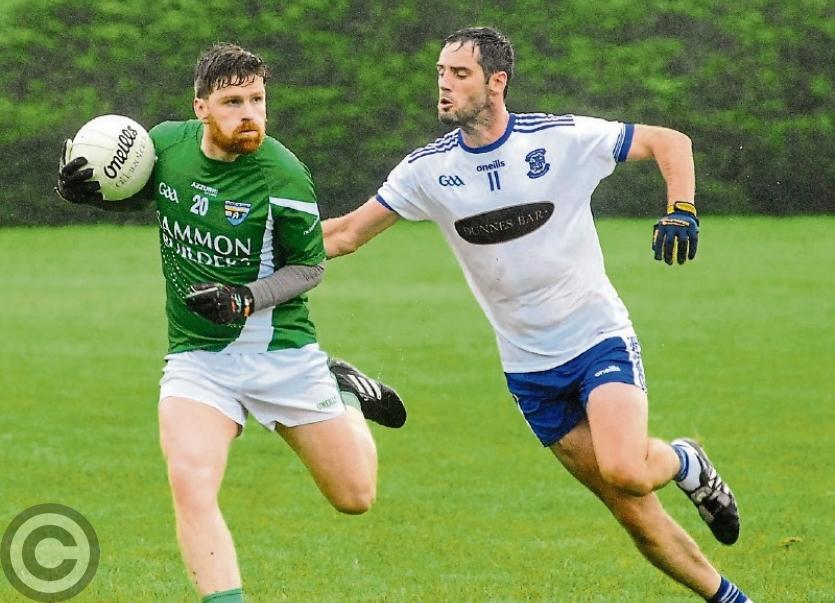 Action from the Aughnasheelin v St. Mary's clash in this year's Senior Championship

Radical solutions in the GAA world don't have a history of faring too well but we in the Observer have received a letter offering a solution to what the writer calls a “non-competitive championship”.

We've led a lot of debate about the standard of football in the county and the absolute need to raise the level of the club game, helping the County team, over the past few years.

There are lots of ideas out there but most are just tweeks or minor changes. But every now and again, along comes a radical idea that gets you thinking. The writer has asked to remain anonymous but there is definitely a lot to consider in their proposals.

And after you've read it, why not let us know what you think and what your suggestions would be to improve the Leitrim Club scene.

“Many discussions have been ongoing on of the state of club football in Leitrim and also you have voiced concerns in the Leitrim Observer from your good self on the matter.

What has become very evident so far in this year’s club championships is that the standard is poor and the beatings dished out in the championships have been both brutal and shocking in some respects showcasing a non-competitive championship and a huge gulf in class particularly amongst the intermediate grade.

Another huge concern is the amount of walkovers in the league and non-competitiveness here and a lack of interest from some clubs.

I propose the following:

As Leitrim has currently 23 adult clubs ( St. Osnat's not fielding an adult team this year) we should have eight senior clubs, eight intermediate clubs and 7 junior clubs contesting each championship.

This would mean as things stand (with a round still to play in division 1 mind):

Every team has to earn the right to enter the assigned championship over the course of their league campaign and only have themselves to blame if they don’t make it.

If they don’t make it over the course of the league campaign then go and try harder next year or win the competition they are in to be guaranteed a promotion for championship next year.

Each year the winners of intermediate would be guaranteed senior status for one year afterwards with them and the top seven teams in division 1 making up the senior championship for the following year and likewise with the junior championship winners.

It would also make Leitrim clubs more competitive in the Connacht club scene as Aughawillan or Drumreilly could easily win Connacht club titles in Intermediate or junior or indeed All Irelands in those grades as based in their respective club championships in Leitrim on the above proposal for which they would surely be favourites in both championships.

Second and third teams still enter the league but no second teams in the intermediate championship or junior. Instead all second teams enter their own championship against other second clubs across the county and likewise with third choice teams.

“In my opinion it may not be perfect but it is a lot better than what we have.”

What do you think?