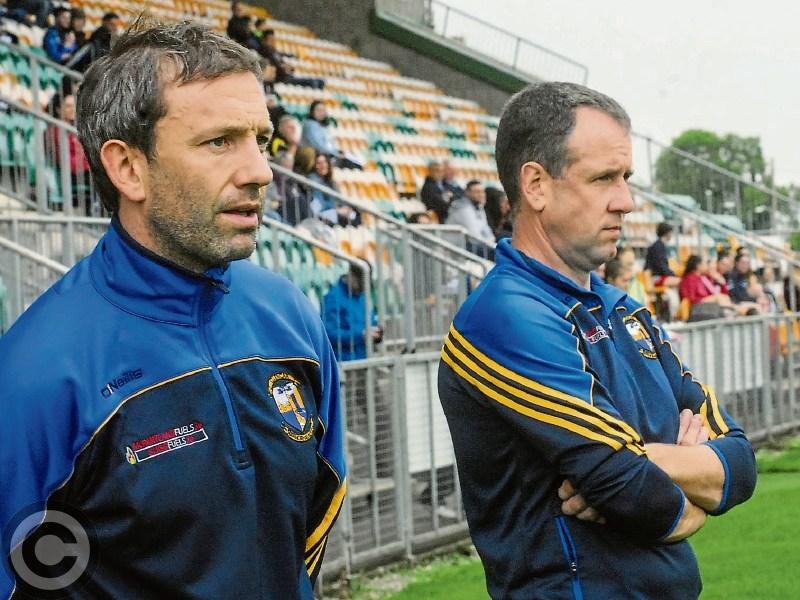 Glencar/Manorhamilton may be appearing in their first ever Ladies Senior Championship Final but according to manager Shane Devaney, the newbies will be going all out for glory next Saturday evening.

Glencar/Manorhamilton take on champions St. Joseph’s in their first ever decider and Shane tells the Observer that everyone is relishing Saturday's Final - “It is a huge day for the club, the team and the ladies. The League Final was big but it was a stepping stone to the championship final and it is a day we are all looking forward to.”

Expectations have been growing about this Manor team but Shane stresses his team need experience too - “You hear people talk but in the last few years there has been a huge conveyor belt of young players coming on and there still is.

“Some of the older girls have experience that we need as well, young players won’t win everything for you - you need the bit of experience and sometimes you need to lose the odd game just to get that experience. It’s great that there is a lot of talent coming along but it has to be minded, they have to get experience and that will come with games like this.”

And Shane is quick to highlight the quality of the reigning champions - “St. Joseph’s have been a huge team in Leitrim Ladies football over the past few years, they won last year’s final, they are very strong up the middle, they are very competitive, they’re going to be a huge test for us.

“St. Joseph’s have great footballers. Just watching the start of their semi-final, they kicked some points and there are men who are good Senior inter-county footballers who wouldn’t kick points as good as they did in the first 20 minutes.

The semi-final victory over Dromahair was a major moment for Glencar/Manorhamilton - “That is one thing we try to instill in the girls that you never give up until the whistle is gone, many a game is won and lost in the last minute, last kick and no matter what age group you are involved in or coaching, you always tell them that you keep going until you hear the final whistle.

“Our girls showed great heart and kept going and fair play to Ailbhe when she got the chance, she had only one thing that had to be done and she hit the net with a serious strike to get us to extra-time.

“I think in extra-time, the first ten minutes, we played some really good quick football and it probably killed Dromahair. There were one or two scary moments in extra-time but they kept at it.”

Looking at his own team, Shane acknowledges the special talents that are Muireann Devaney and Ailbhe Clancy but stresses that it is a team game - “Muireann and Ailbhe are serious footballers but it is not about two footballers, it is about the 15, it about the panel, the 20, 25, 30 who are training every evening, it is about the whole complete group, the management and everyone else who keeps them all going.”

“There will be things that go wrong, there’ll be mistakes made but I know from the way they showed their character against Dromahair, they will just work their socks off and they are good enough to do it. St. Joseph’s are a serious outfit, hopefully it is going to be a good ding-dong battle and let the best team win!”