Carrigallen win but still lose as Glera set up thriller 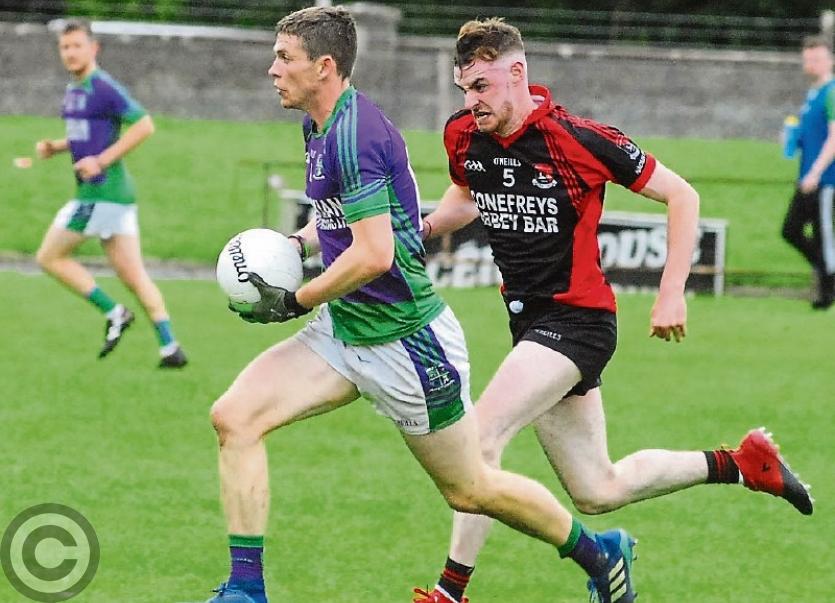 It was a Pyrrhic victory for Carrigallen last Sunday in the Smith Monumentals Intermediate Championship as they scored their first win but saw their championship hopes end.

Carrigallen handed Eslin their first defeat of the campaign, a high scoring 4-11 to 5-6 victory that gave them hope of great escape from the relegation dogfight but Sean O'Heslin's ended that hope with a win over Mohill.

Ballinamore won 0-18 to 2-9 to give them two wins from two and four points. Carrigallen lie two points back and face Mohill's second string in their final game while Ballinamore face Annaduff.

But even if Carrigallen were to win and Ballinamore lose, that would leave the two of them on four points and O'Heslin's crucially get the nod by virtue of their 0-18 to 1-12 victory in round three.

The Ballinamore men have demonstrated their strength in depth, their scoring returns from four games have been impressive, hitting 18 points in each of their last two outings.

It means that Group 1 is finished except to decide final placings, something that could be very important when it comes to meeting Leitrim Gaels or Fenagh St. Caillin's from the other group!

The Gaels and Fenagh are the only two confirmed quarter-finalists from Group 2 with Drumkeerin, Cloone and Ballinaglera locked in an intriguing three into two battle in the final round.

The group would have been finished had Drumkeerin drawn with their neighbours last Saturday in Drumshanbo but Patrick Cornyn's injury time winner has huge implications for the group.

The fun starts if Ballinaglera win against a winless Aughavas. That would give them five points and jump them ahead of both Drumkeerin and Cloone who face Fenagh St. Caillin's and Leitrim Gaels respectively in their final outings.

They would have to get something out of those games and a draw would leave them both depending on the scale of a possible Ballinaglera win.

It gets worse - a draw for Ballinaglera might not be a great result and it won't change their scoring difference but if both Cloone and Drumkeerin lose, it could come down to the scale of the defeats they might suffer.

Of course, all of this is conjecture and depends on how Leitrim Gaels and Fenagh approach the final round where resting players for the Quarter-Finals a week later is a real option, particularly if you are carrying any sort of injuries.

Just for the sake of it, the quarter-final pairings in Senior, if the games were to be played using the tables as they are today, would be as follows: Mohill v Allen Gaels; Aughawillan v Aughnasheelin; Ballinamore Sean O'Heslin's v St. Mary's Kiltoghert and Gortletteragh v Glencar/Manorhamilton so there is still a hell of a lot to play for!