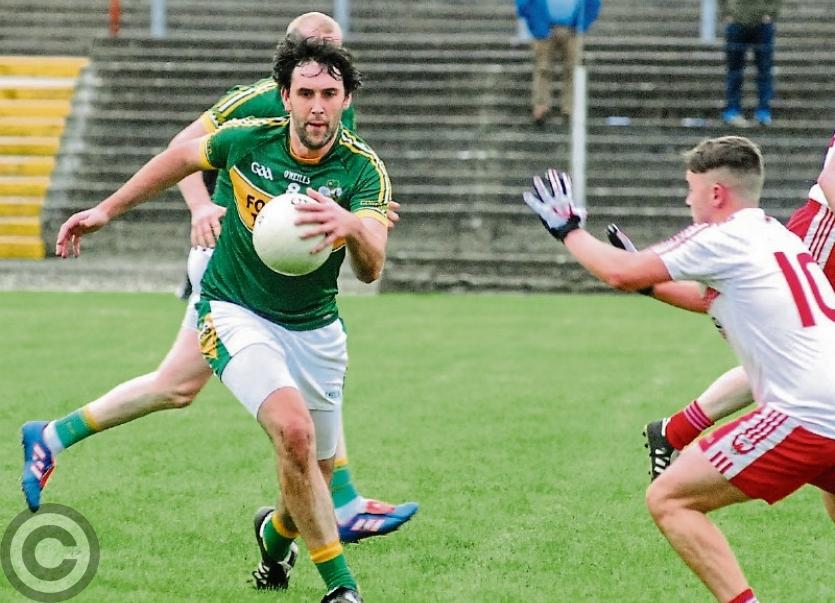 Cathal Quinn in action for Gortletteragh who need a win against Drumreilly to advance to the Quarter-Finals. Photo by Willie Donnellan

We used to call this round of Connacht Gold Senior Championship Group games 'decision time' but it is not really that this year, at least not in the way that we used to mean it.

Saturday’s games features just one out and out winner takes all encounter when Drumreilly take on Gortletteragh next Saturday in Cloone while three games at three different venues in Group 2 will decide which two teams advance.

But even with the clubs that are safely through to the knockout stages, there is a lot for them to consider particularly with the Quarter-Finals scheduled for the weekend of September 14 to 16, something that astute coaches will be wise to pay heed to.

With just a week before the quarter-finals, do you rest players for the Quarter-Finals, pull any player carrying any sort of a knock or strain to ensure you are at full-strength for the knockout stages?

Or do you go full out to ensure you get a supposedly better draw against a weaker fourth seed in the quarter-finals and a safer passage to the semi-finals?

These are all dilemmas facing clubs as, in the past, there was normally a week’s break between the Group stages and the Quarter-Finals but for some clubs, it will be simply flat out football or you’re going out!

Drumreilly v Gortletteragh: The tie of the round - Drumreilly have to win and a draw will do Gortletteragh. Playing for a draw is dangerous and it is hard to know who has the best form here. On paper, Gortletteragh look to have the edge particularly with the return of Jack Heslin but you get the feeling that Drumreilly have been targeting this one and in a one-off contest, nobody is better than Drumreilly at upsetting the odds. I really don't know which way this will go.

St. Patrick’s Dromahair v Aughawillan: Dromahair have had a rough campaign and it doesn’t look as if it will get any better against Aughawillan. Dromahair may even consider saving something for the relegation series which is now more important. Aughawillan can afford to rest anyone with injuries and still look strong enough to win. They should just do that.

Ballinamore Sean O’Heslin’s v Mohill: On paper, a titanic clash but both clubs may just look at risk versus reward here. Victory leaves the winner with a seemingly easier game in the Quarter-Finals while the losers could end up facing St. Mary’s so weighing up the risk of injury against avoiding the Carrick men is a big question. Maybe someone might want to send a message here but Champions Mohill to edge it.

Melvin Gaels v Aughnasheelin: Another winner takes all clash as Melvin Gaels need a win to force a three way tie and a point will do Aughnasheelin. Melvin Gaels have only a win over Bornacoola to show for their efforts and you get the feeling that Aughnasheelin have been the more consistent side. If they reproduce the ferocity of their outings so far, last year’s Intermediate champions should send the Kinlough men into the relegation series.

Allen Gaels v Glencar/Manorhamilton: Allen Gaels come up against a strong, experienced and clinical Glencar/ Manorhamilton and they face a dilemma. An Aughnasheelin win would mean the Gaels wouldn’t need a win but would you want to be relying on someone else doing you a favour at this stage? And what if Melvin Gaels win? Allen Gaels have shown flashes of promise and they might find Glencar/ Manor somewhat nonplussed ahead of the quarter-finals - still you have to expect a Manor win here.

St. Mary’s Kiltoghert v Bornacoola: St. Mary’s are probably the team with the most latitude for resting players, the only way there are complications is if both Aughnasheelin and Allen Gaels win big and Mary’s lose big, they could drop to fourth in the group on scoring difference. Bornacoola have endured a tough campaign and may also consider resting players ahead of the relegation series. There is nothing much to win here but you’d still expect St. Mary’s to take the victory.