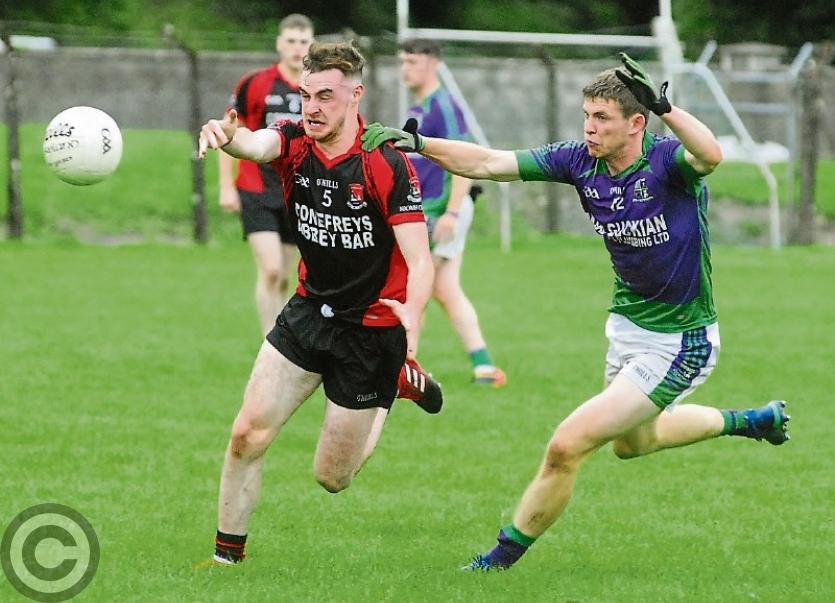 Fenagh St. Caillin's and Leitrim Gaels are already through to the Quarter-Finals. Photo by Willie Donnellan

The last round of Group games offers much the same dilemmas and conundrums as the Senior grade - do you go all out or rest up for the Quarter-Finals.

Group 1, regarded as the easier of the two, is all done and dusted but that doesn’t mean there is nothing to play for. With three teams on six points, a team could go from topping the group to finishing second or even fourth very quickly and then your championship hopes are very different in the Quarter-Finals.

In Group 2, Ballinaglera’s dramatic winner over Drumkeerin leaves three teams fighting for two places and so much on the line. It adds up to a day of drama and excitement. Below we take a brief look at the games:

Ballinamore Sean O’Heslin’s v Annaduff: Ballinamore’s second string have surprised a lot of people this year but they will come up against an Annaduff team looking for the best possible placing, anything to avoid Fenagh or Leitrim Gaels in the Quarter-Finals. This will be tighter than you think but Annaduff may just sneak through.

Kiltubrid v Eslin: Apart from playing for final position, both teams could rest anyone with injuries and Kiltubrid may just do that with key attacker Emmett Mahon who got injured against Annaduff. Eslin have the goal power and the motivation to take the win here.

Carrigallen v Mohill: This could be a preview of the relegation final but there is no prize here for either team. Mohill are tough but Carrigallen need a win desperately to boost confidence and should do it here.

Ballinaglera v Aughavas: Aughavas are the bottom team in Group 2 but they aren’t that much worse off than Ballinaglera in terms of scoring difference. The big difference, of course, is that Ballinaglera having something to play for and they may need a big win in the case of a tie. Expect the north Leitrim men to win here.

Fenagh St. Caillin’s v Drumkeerin: Drumkeerin’s loss against Ballinaglera has had massive consequences and the question is can they pick themselves up again. Fenagh have their own loss to recover from but they will be looking to the Quarter-Finals first and foremost. Fenagh have to be favoured but don’t be surprised if Drumkeerin spring a surprise.

Cloone v Leitrim Gaels: The Gaels top the group and look in great shape for the knockout phase. Do they rest up key players or keep going hard, mindful that a quarter-final is just a week away? Cloone have to go all out in the three way battle for the last two places and that might, just might, be enough to give them a surprise win here. You still have to favour the Gaels but Cloone can score goals and will - too close to call.