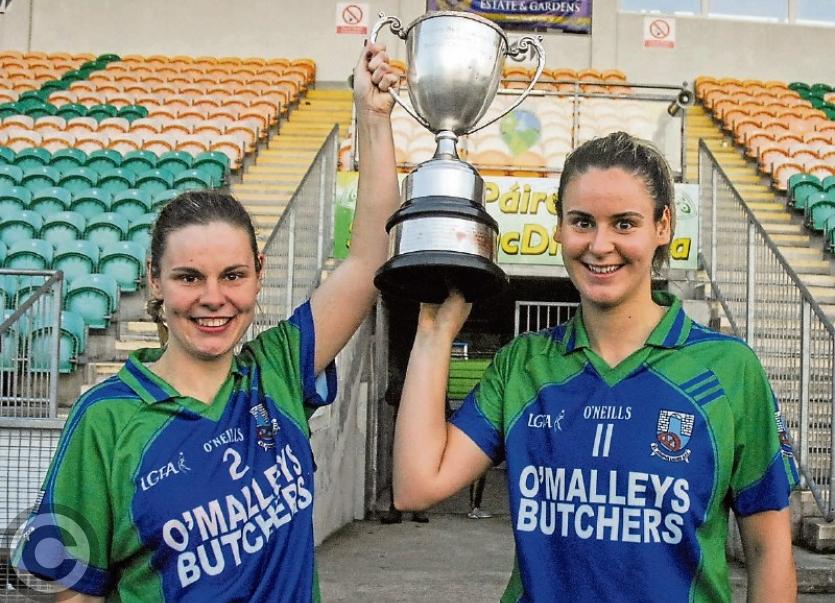 It was an absorbing game to watch from the stand in Pairc Sean Mac Diarmada and St Joseph's joint captain Michelle Heslin acknowledged it was an enjoyable one to play in, especially given the final outcome, writes Philip Rooney.

“It was a very good game, a very fast game. Defences were probably on top in the early part of the game and once we could kick a few scores and keep that ticking over our backs did fantastic to keep out their players.”

Leading by 1-4 to 0-1 at the break St Joseph's would have been happy with how they were playing with Michelle stressing the importance of composure in the second half.

“They went very defensive, they were playing with a sweeper so we knew we could work the ball over and back and maybe get a free and keep on ticking over the points. There was no point shooting from 30 or 35 yards out. We have two of the best forwards in Carmel McGovern and Bronagh O’Rourke. Carmel was running for every ball, taking on her marker and Bronagh popped over the frees.”

Attempting to put what Saturday's victory means to the club into words Michelle said, “It’s absolutely fantastic, we have been in numerous finals.

“Last year we managed to get over the line and the back to back this year is absolutely fantastic. I think it’s an absolute credit to the club, our managers, our board, for the girls to keep on coming and have that hunger every year to push on and want to do well and want to win.”