Brian pays tributes to back to back heroes 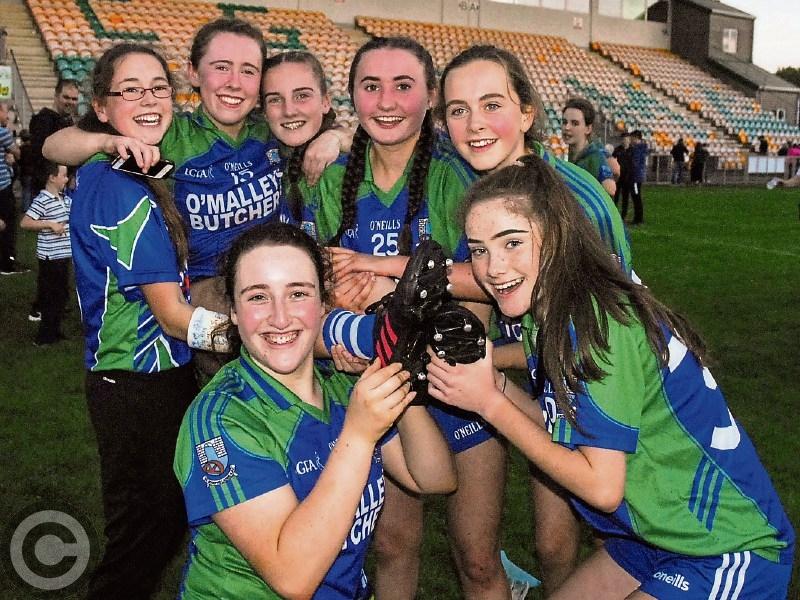 In order to win any final you need a slice of good fortune and it could be argued St Joseph's enjoyed just that as Glencar/Manorhamilton spurned four gilt edged first half goal chances but as Brian Mulvey pointed out, the performance of Kiera Masterson was also crucial to the success of the women from Carrigallen and Aughavas.

“We had a keeper in serious form,” was the assessment of the St Joseph's selector as he gave his post-match verdict, “Kiera Masterson came in after playing a lot of her underage football in goals and Phillipa was in goals last year, Kiera has come back this year and made the spot her own and in fairness to her she was in top form. She stopped three certain goals. Without her we wouldn’t have had that base to build on at half-time.”

St Joseph's conceded plenty of chances during the opening half but ultimately conceded just one point with Brian insisting “The first half went very well. One thing we asked the girls when they were going out on the field was to dominate every area physically and to then start to worry about playing football and getting some of the better football played.

“We wanted to set down a marker and get into the game first of all because we have often come to finals and let it pass us by in the first half and we said we wouldn’t do that today and we didn’t luckily enough.”

The concession of those goal chances was a cause for concern with Brian acknowledging changes were needed but he was very pleased with how the second half played out - “At halftime we had to tighten up a lot of nuts and bolts. There were chances appearing left, right and centre and we were getting a little bit worried. We do back our players one on against anyone, there is no problem there, we know we have the football in us.

“If you go through our team, we have some serious footballers from top to bottom on that team and we back them most of time but we said at half time we better tighten up that area and in fairness we did. There were some serious blocks in the latter stages, we had lots of bodies around and that’s what we needed to close out that game.”

As would be expected in a County Final Glencar/Manor refused to throw in the towel but Brian was eager to pay tribute to his players for the manner in which they saw out the second half.

“There was serious pressure coming on in the second half and we thought that would come. When you have Ailbhe Clancy and Muireann Devaney up the middle and you have several other really good players, Orlaith Kelly is a fantastic little player.

“We knew there would be a fightback coming so we said at half time we would get ready for that and we would take it as it came and fight back and finish. Everything the girls said they would do inside in the dressing room, they did and it is a serious credit to them.”

The experience within the St Joseph's team was clear to see during the crucial stages of the game. Not just the experience of winning last year's final but also the equally valuable experience of losing previous finals.

“That’s something they just don’t like doing anymore. They don’t like losing these big games and they’ve come on something serious lately. In the last two years I find they are ice cool and they just don’t mind taking on anybody - big day, small day they just play away and that is what we are trying to get out of them, that they just relax and play football because at the end of the day this just a football game with extra people at it.”

Reflecting on what it means to have won back to back County titles, it was clear that such was the focus on winning this year's championship the thought of a two in a row hadn't entered Brian's thoughts.

“We lost a couple of players - Fionnuala and Lorraine and a few others - we had younger players coming in and then we had real power on the bench. When we brought on Ciara Maguire I think she added something completely different and I think that might have been the turning of the game in our favour, when we were coming under pressure, when we lost Celine who is a serious player but still very young.”