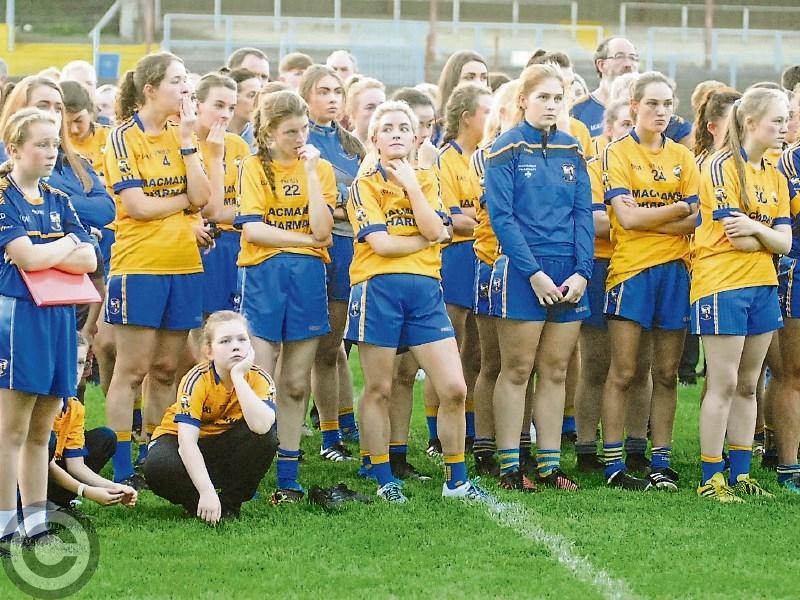 There was a contrast of emotions for Glencar/Manorhamilton manager Shane Devaney as he gave his reaction to last Saturday's Championship Final, pride at the achievement of getting to the final and bitter disappointment at falling just short.

Reflecting on the game Shane said with a rueful shrug of his shoulders, “It wasn't our day.”

Looking at where the game may have got away from his team, Shane commented “Finals are won and lost in the last five or 10 minutes but in the first half today, we weren’t clinical enough and were playing a bit of catch up after that and we just couldn’t get across the line.”

While frustrated to have seen so many good chances come to nothing, Shane was particularly pleased with how his team defended during the opening half.

“Defensively in the first half we were playing very well. We turned them over numerous times but our forward group just didn’t get the cohesion, didn’t get the scores when we needed them but that’s sport. Nobody went out for that to happen, it’s just the way it goes and that’s the way in sport and life sometimes.”

Understandably bitterly disappointed with the final outcome, Shane was nevertheless full of praise for the victors.

“St Joseph’s are a brilliant side, they are an experienced side. They know when to go for the jugular. They know when you are vulnerable and they got straight for the jugular. They don’t mess around, they go straight for it. They hit us for one or two goals today (in the second half) and every time they got the goals we thought we were just getting there and then they got a goal and that knocked the stuffing out of us.

“It’s been a huge achievement for the girls to get to a county final, it’s a learning curve for them. They are a young team and they will learn an awful lot and I have no doubt they will be back again.”

The sense of disappointment and frustration among the Glencar/Manor contingent was palpable but Shane insisted the sense of pride was just as strong.

“We are so proud of the girls, they have put in a huge commitment all year. They won the senior league, their first ever senior title, they got to the senior championship final. They’ve been absolutely brilliant this year and we couldn’t ask for anymore.

Despite the defeat, Shane was quick to point out that it has been a year to remember for the Glencar/Manor ladies who won the Division one title to crown what has been a meteoric rise in recent years..

“I’m just gutted for the girls we didn’t get across the line for them but still we had a brilliant year. They won the league and were in the senior final. I know it’s not great for the girls to say they were in the final but when they look back they had a brilliant year and hopefully next year they will kick on. They have made huge progress. They started off with Junior, Intermediate and all that, they’ve made huge progress.

“There were girls for whatever reasons weren’t there today. There were four inter-county footballers that might have been on the team but they weren’t there for different reasons. We’ll keep building, we have a lot of young talent coming on. As long as we keep building and girls keep committing to the cause their day of glory will come.”

While never easy to turn your attention to bouncing back stronger while the pain of defeat is still burning, Shane insisted Glencar/Manorhamilton will be able to overcome Saturday's setback and regroup for next year's Championship.

“Hopefully next year they will regroup when the call comes. I know well they will answer the call and we will be back here again next year,” promised Shane.