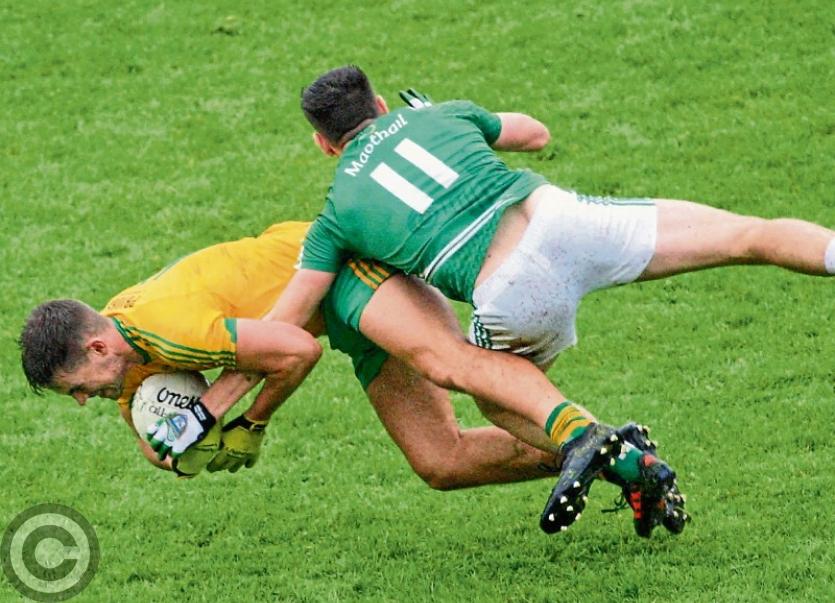 After five rounds and a small bit of drama, the Smith Monumentals Intermediate Championship gets down to the serious business of knockout football next weekend and it promises to be full of thrills and spills as we preview the Quarter-Finals:

Is there a team in the entire club championship with the goal scoring power of Eslin? Averaging just over three goals a game, Eslin’s ability to find the net is huge and is the chief threat to Drumkeerin’s hopes. Stopping Conor Beirne in particular is easier said than done but if there is a team that has battled their way to the quarter-finals, it is Drumkeerin. Those battling qualities may see them through but you have to go for Eslin’s goal scoring power here.

No clear favourite in this one - Annaduff lost just once but the suspicion is that Group 1 was not as tough as Group 2. Ballinaglera have real momentum as their one point win over Drumkeerin saved their season and they certainly seem like a team with momentum and self-belief. Annaduff have shown good battling qualities in their wins over Kiltubrid and Ballinamore and they like to start fast but they may struggle against the physical power Ballinaglera will bring. If they keep focussed on the next game, Ballinaglera to win.

A derby battle and an intriguing one of two teams who both started their campaigns with three wins. Fenagh’s sole loss came against Leitrim Gaels but they were hardly impressive against Drumkeerin in the final round. Kiltubrid fell to Eslin last weekend but, again who hasn’t, and they were closer to them than many others. Kiltubrid have a lot of experience and good young players but they mightn’t be able to match the resources of their neighbours - expect Fenagh to come through after a battle.

The strength of the Ballinamore's second string means that favourites Leitrim Gaels would be wise not to underestimate them. They pushed Annaduff to the limit but their hopes next Sunday could rest on who is available after their Senior team’s match. But even at full strength, you have to expect that Leitrim Gaels, gathering momentum nicely throughout the campaign, look to have far too much physical power and strength and they should take a comfortable victory here.