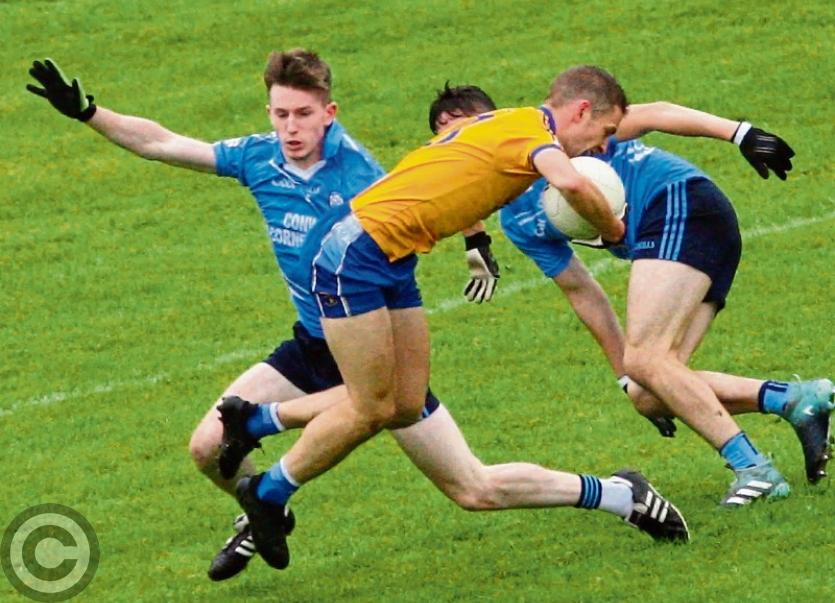 Some may say that Cloone's fate was decided in their five point loss to Leitrim Gaels last Sunday but no, the damage was done back in July in the very first game of the Championship!

Cloone ended up level on four points with Drumkeerin after both failed in their attempt to win their last game and with Ballinaglera accounting for Aughavas as expected, that meant the two sides had to be separated thanks to the result of their head to head clash.

That game took place on Saturday July 28, when Drumkeerin's four point win was enough to see them gain the first of their two victories and it gave them the final place in the quarter-finals.

Cloone led early on but a Leitrim Gaels goal pushed them in front. Despite losing key player Gavin Reynolds with a serious injury, Cloone managed to trail by just a point early in the second half but they couldn't match the strength of the Gaels who pulled away for the victory.

Ballinaglera's expected 1-17 to 0-9 win over was pretty straightforward but Fenagh St. Caillin's victory over Drumkeerin was anything but, their 1-6 to 0-7 victory the lowest scoring game so far in the entire Senior and Intermediate championships.

Fenagh opened the scoring with a goal in the very first minute but from then on, Drumkeerin took the game to St. Caillin's. They actually drew level 13 minutes into the second half on a scoreline of 1-3 to 0-6 but they were unable to sustain their drive.

Fenagh scored three points over the final 13 minutes to one from the Drumkeerin men to seal their victory.

In the other group, all the top places were already decided but Eslin claimed top spot with a hard fought win over Kiltubrid. A goal five minutes in from Mickey Earley gave Kiltubrid the perfect start but Eslin fought back to be on level terms at halftime.

Points from Shane Foley, James Gill and Eamon Geoghegan pushed them two clear ten minutes into the second half and it looked as if they were going to hang on for the win but the Martin McGowan coached Eslin hit back with 1-2 in the final three minutes of normal time to seal victory.

Annaduff were expected to win against Ballinamore Sean O'Heslin's second string team but had a much tougher than expected outing as they won 1-12 to 0-13. Sean Duignan's goal was crucial in Annaduff's victory as he topped scored with a personal tally of 1-4.

Carrigallen also completed their campaign with a 4-18 to 2-10 demolition of Mohill's second string outfit.