A cruise for Aughawillan 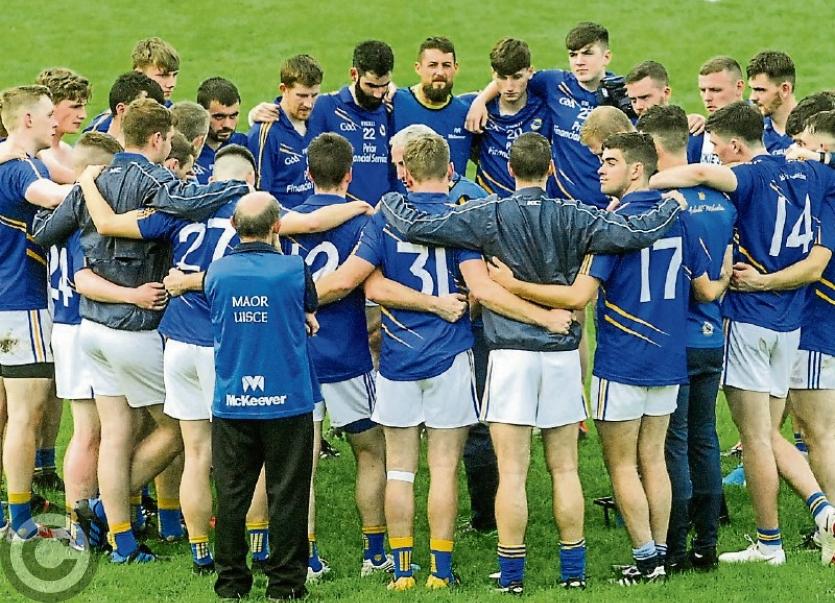 Aughawillan cruise into the quarter-finals

The lob sided nature of some games in this year’s Senior Championship Group stages was very much emphasised in a wet Drumshanbo on Saturday when Aughawillan handed out a 25 points drubbing to a winless Dromahair.

It was a miss-match contest from start to finish and its outcome was never in doubt. Aughawillan never really had to get out of first gear to claim a facile win over a Dromahair outfit who had incurred heavy losses in all their championships outings.

Aughawillan probably could have done with a sterner test in advance of this weekend’s quarter-final clash with a rejuvenated Melvin Gaels, who will be expected to make life much more difficult for the Willies. However manager Tommy McCormack did get a chance to run the rule over no less than 21 of his players over the course of 60 plus minutes.

The only purple patch for Dromahair occurred just 10 seconds after the throw-in when Cian Clinton raced through and fired over the contest’s opening score, a well taken point from play.

After that, it turned into a one-way traffic affair with Aughawillan assuming complete command and mercilessly hammering Dromahair despite the north Leitrim’s best battling efforts.

The workmanlike Aughawillan side enjoyed a 2-4 to 0-1 lead by the 20th minute. After Aughawillan goalkeeper, Colin Maguire was forced to pull off a top drawer save to deny a fourth minute Gary Fowley goal bound effort, the Dromahair men rarely trouble their posts.

Aughawillan enjoyed a dream start when a fifth minute Noel Plunkett 30 metres free kick slipped through the hands of Dromahair keeper Michael O’Hara and into his net. Noel Plunkett added a point two minutes later and Dromahair must have felt that the gods were not smiling on them when Garry Fowley drove a tenth minute goal chance inches wide.

Over the next ten minutes, Aughawillan extended their lead with two Morgan Quinn frees, one for a foul on Rory McTague, while Shane Flanagan hit over a point and Sean Quinn rammed home a goal on the twenty minute mark, to put his side into a nine point lead.

Bertie Cunningham responded with a 23rd minute point, which proved to be his side’s last score of the half. Before the break, Aughawillan increased their lead further with two Morgan Quinn points and one from Pearce Dolan.

Aughawillan had the game well and truly won by halftime when they led by 2-8 to 0-2 and there was no way back for Dromahair. After the restart Aughawillan extended their lead with points in the opening eight minutes from Noel Plunkett and Morgan Quinn.

Dromahair substitute keeper Jack Burke made an excellent save when he denied a ninth minute Noel Plunkett effort. At the opposite end Cian Clinton blazed a goal chance over the crossbar for Dromahair's first score in 18 minutes.

Aughawillan continued to outplay their opponents in every sector of the field and were also able to empty their subs bench as Tommy McCormack gave a run out to some of his less experienced troops.

Over a 19 minute period, Aughawillan shot an unanswered 2-7 as Morgan Quinn added 1-2 to the tally while sub Stephen Gilheaney fired to the net with Noel Plunkett adding two points; Mark Plunkett, Niall Beirne and sub Conor McGovern chipping in with a point each.

The one player who stood out for Dromahair on the day, Cian Clinton completed the scoring in the game with a sixty-second minute point.

It was a dismal day for Dromahair as they lost their fifth game in a row and face a very tough relegation semi-final play-off with Aughnasheelin. As for Aughawillan, few will relish facing them in the knockout stages and few will bet against them!

Main Man: While Aughawillan had several key players like Pearce Dolan and Barry Prior, to mention just two, Morgan Quinn  showed the greatest composure for them and kept the ‘Willies’ dominant on the scoreboard throughout.

Talking Point: Aughawillan are quickly becoming many people's favourites for the title as they come back again two years after they last lifted the Fenagh Cup.

Turning Point: After Aughawillan’s opening score Dromahair was never really competitive. Dromahair made it look all too easy, despite enthusiastic exhortations from their mentors, for a dominant and determined Aughawillan outfit that marched on relentlessly.

Ref Watch: Fintan McBrien was a very fair official in what was a far from competitive contest with no real bite to it. McBrien also was impressive in the manner that he discharged his duties from start to finish.

Highlight: Aughawillan’s strong performance throughout was impressive. The ‘Willies’ outfield players all executed good linkup play at all stages with their full-forward unit, and thus a high score tally was the result.

Lowlight: While a number of Dromahair players battled gamely in an overwhelmed situation for them, it would also fair to say there were some of the North Leitrim side’s men that gave up the fight from early on as well, which was somewhat disappointing.