Finely balanced replay might just come down to luck 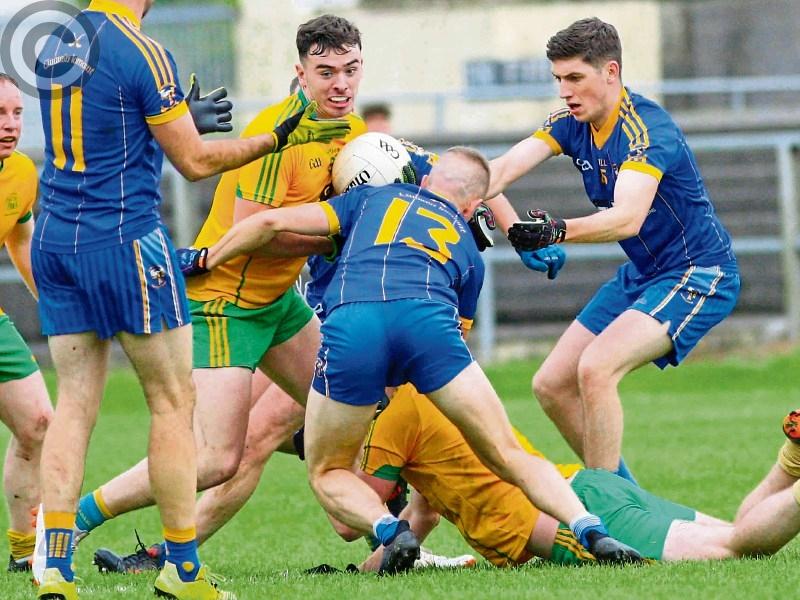 Replays are notoriously difficult to predict and so it is with next Saturday's meeting of Glencar/Manorhamilton and Ballinamore Sean O'Heslin's.

The received wisdom from chatting to fans was that Ballinamore might have blown their chance, that Paul Prior's team should have finished the game off and that Glencar/ Manorhamilton always do well in replays.

Only it was the north Leitrim men who missed the easier chances, hitting the woodwork three times and twice from frees, and they may have felt it was them who missed their chance.

Manor looked the slicker outfit for much of the game but Ballinamore will have taken so much from the drawn game, particularly when you consider they are only reintegrating seven players who were away for the Summer back into their line-up.

Ballinamore may be without Keelan McHugh who suffered an injury last Saturday but they ensured a lot of their returning players got valuable game time against Leitrim Gaels on Sunday.

Shane Moran exposed the Manor full-back line - can he do it again? Can Manor get more ball to Niall Brady and will they convert their missed frees next Saturday?

Momentum may have shifted slightly to O'Heslin's but they still need an improvement. Manor need less improvement to get over the line and they may just do that. And it may just come down to luck.