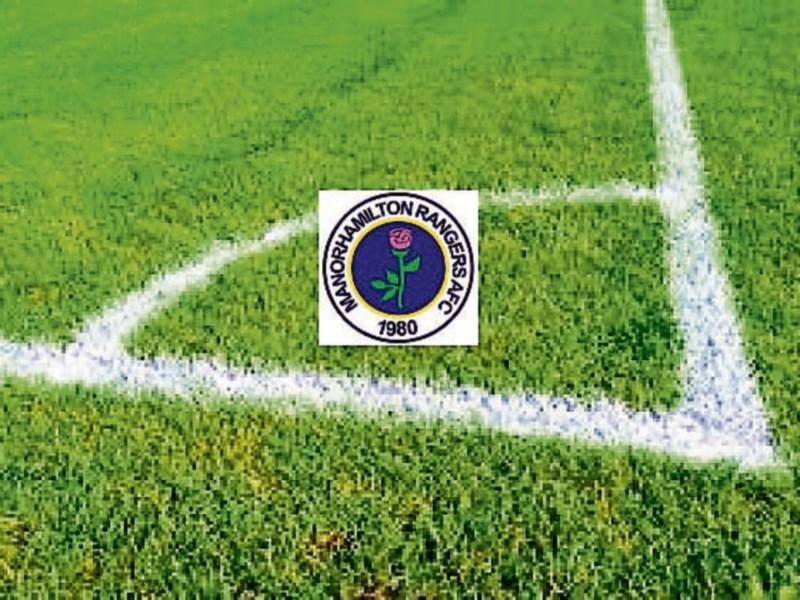 Manor Rangers were left disappointed in the Sligo Southern Hotel Super League after they let a two goal lead slip last Sunday to end up with a draw.

The Leitrim standard bearers were at home in the Bee Park to newly promoted Merville United and Manor were two goals up at the break courtesy of a Shane Walsh strike on 25 minutes and a penalty from Aaron Hickey five minutes from the break.

Merville upped the tempo in the second half and were rewarded 14 minutes from time when Malachy Spratt hammered home a fine goal. Ten minutes later the same player struck again to give Merville United a share of the spoils in a game they could in fact have won.

The result means that Manor stay in second place in the table but have dropped a point on leaders Carbury who have 12 points from four games with Manor on 11 points from five. The north Leitrim side, however, remain unbeaten with three wins and two draws from their outings.

Next Sunday, September 23, they have a great chance to take top spot when they travel to Sean Fallon Park to take on Carbury in what should be an exciting clash.

Carbury continued their 100% record when they travelled to Sean Fallon Park for the derby clash with MCR, the League leaders emerging victorious by the odd goal in three.

Twenty minutes into the game and Ibrahim Savage gave Carbury the lead but within a minute MCR hit back with a goal from Wayne Conway. Both sides were deadlocked that was until ten minutes from time when substitute Steve Feeney turned on a sixpence 12 yards from goal and hammered home a glorious winner.

MCR had Paul Lynch sent off near the end by referee Paul Kilcoyne but that this game had it all and MCR would not have been flattered had they taken a point.

Glenview Stars were at home on Forthill to the seasiders Strand Celtic, taking the lead on 25 minutes when Anthony Johnston struck from the penalty spot. Five minutes into the second half and it was 2-0 when Ronan O’Grady was on target for the home side.

Strand pulled a goal back when Kaillum Burns fired home to give them a lifeline but an injury time own goal from Seamie O’Boyle saw the game end up in a 2-2 draw.

Aughanagh Celtic bounced back from recent results with a blistering display of firepower away to Ballymote Celtic, Stephen Craig and Marcus Guckian both scoring two goals each.

The leader board in the Andrew Mullen Sligo Pallets Premier league looks quite congested with only goal difference separating the top six clubs.

Cartron United lead the pack after a clinical win to Benbulben FC, goals from Dylan Monaghan on 20 minutes and Ryan Lynch in the second half sealed the points for Cartron. This was a superb display by Cartron with their experience a telling factor but Benbulben are a young side and on this display will be a major force in the not too distant future.

Cliffoney Celtic bounced back in style from last week’s defeat when they hit St John’s for three without reply. Alan Harrison with two and Alan Cregg on target.

Real Tubber inflicted the first defeat of the season on high flying Arrow Harps with the only goal of the game from Jack Walsh on 25 minutes, shortly after missing a penalty.

Riverstown Masters made their home debut against Chaffpool United. Still finding their feet, Riverstown lost out by the odd goal in five. Hughie Marren hit a hat trick for Chaffpool with Darren Melly and Niall McDermott scoring for Riverstown.