ALL TO PLAY FOR

Glencar/Manorhamilton and Ballinamore Sean O'Heslin's meet in replay on Saturday 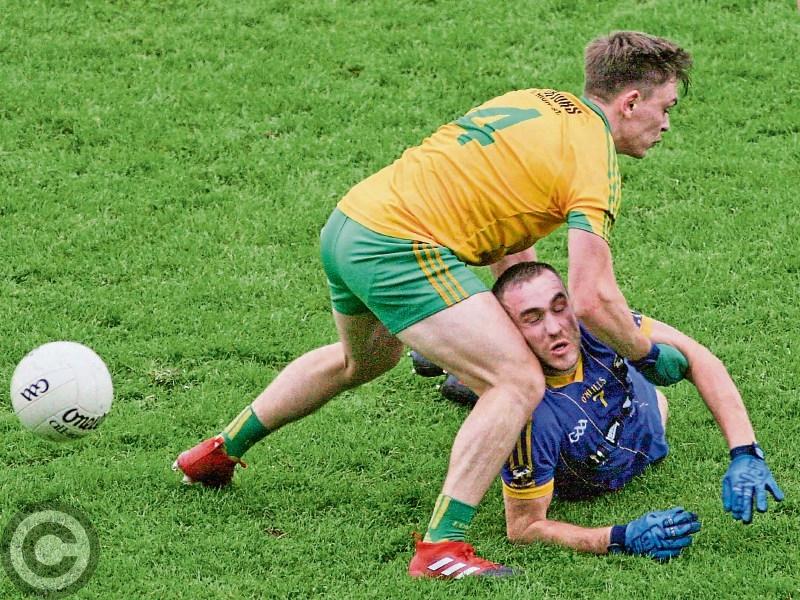 We're really down to the business end of the Connacht Gold Senior and Smith Monumentals Intermediate Championship with nine clubs still dreaming of glory.

Five teams remain in contention in the Senior grade with either Ballinamore Sean O'Heslin's or Glencar/Manorhamilton set to join defending champions Mohill, 2014 & 2106 winners Aughawillan and 2013 winners St. Mary's Kiltoghert in the semi-finals.

The reigning champions will get the chance to run the rule over their opponents after Mohill were drawn to face the winners of Ballinamore and Glencar/Manorhamilton in their replay this Saturday, September 22, at 5.30 pm in Pairc Sean Mac Diarmada.

Aughawillan will face a St. Mary's team they defeated in the 2014 Final in the other semi-final to make two very exciting contests.

In the Intermediate, there were gasps when the two favourites for the title, Leitrim Gaels and Fenagh St. Caillin's, were drawn out to face each other in the semi-finals, none more so that in the O'Rourke household where Fenagh player Riordan will face his dad Bobby who is part of the Gaels management team.

The other semi-final sees Eslin attempt to continue their remarkable story against neighbours Annaduff, a team they have already beaten in this year's championship. The semi-finals will take place over the weekend of September 29 & 30, with fixtures yet to be confirmed..

There was relief for Drumreilly and Carrigallen as they both won relegation playoffs over the weekend. Drumreilly had five points to spare over Bornacoola who will now face either Aughnasheelin or St. Patrick's Dromahair in the relegation final.

At Intermediate level, Carrigallen had one point to spare over neighbours Aughavas, 1-14 to 0-16, which means Aughavas will face either neighbours Cloone or Mohill's second string in the relegation final to decide who drops down to Junior in 2019.