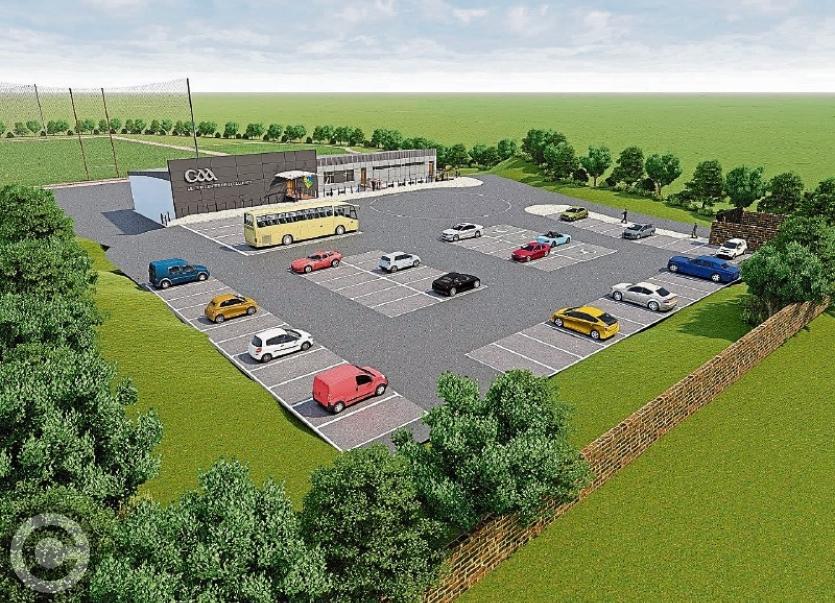 Leitrim GAA might be small in numbers, but we are big on ambition. Wherever our people have gone they have made a big impact. They have pursued excellence.

Leitrim GAA wants to secure the same opportunity for all future generations who represent our county. The new Centre of Excellence in Annaduff will help achieve this.

The completion of this ambitious facility is long overdue. Since development started in 2007 €2.9m has been invested. A further €300,000 is required to complete it to a level of excellence that will place it on a par with any other county facility in Ireland.

The Leitrim GAA County Executive and Supporters Club want this facility to be a beacon for the Leitrim community at home and abroad. That is why they have launched a new fundraising drive – the Leitrim Wall – that offers everyone the opportunity to contribute to Leitrim’s future in a meaningful and tangible way.

First of its kind

The Leitrim Wall will be the first of its kind in a GAA facility in Ireland (similar projects have been successfully undertaken by Munster Rugby and numerous top soccer clubs across the UK and the continent). The architecturally designed wall will be the main feature inside the entrance of the new centre and visible as you pass on the N4 Carrick-on-Shannon to Dublin road: a beacon for those who were forced ‘to travel far from this great land’, as Larry Cunningham famously sang in ‘Lovely Leitrim’.

“Leitrim GAA supporters, and the public in general, have been very generous in backing our endeavours in the past,” said county chairperson Terrence Boyle. “We could not have completed the magnificent stand in Pairc Sean without such generosity.

“We need your support again to finish the Centre of Excellence. We’re proud of our wee patch and we want to build something that everyone could be proud of. We want all Leitrim people be part of the identity of Leitrim GAA into the future, and we feel the Leitrim Wall offers this – an opportunity to have your family name forever etched in the fabric of the facility.”

The Leitrim Wall offers Leitrim people and supporters everywhere the opportunity to contribute to the building of a state-of-the-art facility for their county while recording a personalised message on one of the wall’s bricks.

You can record a message for a loved one or embed your own family name in Leitrim GAA for all perpetuity. A Leitrim Wall brick could also be the perfect Christmas or birthday present – gift the Leitrim person in your life a unique opportunity to leave a lasting imprint in Lovely Leitrim’.

You can choose the wording of the message or leave it to them to select.

A launch of The Leitrim Wall was well received in New York in May and the Supporters Club hope that Leitrim’s loyal supporters will once more back this innovative opportunity.

Four options have been prepared so everyone can afford to help build Leitrim GAA’s future brick by brick.

For more information about the Leitrim Wall visit www.leitrimgaa.ie and stay tuned to the Leitrim GAA social media accounts.