Fenagh cruise into last four with big win over Kiltubrid 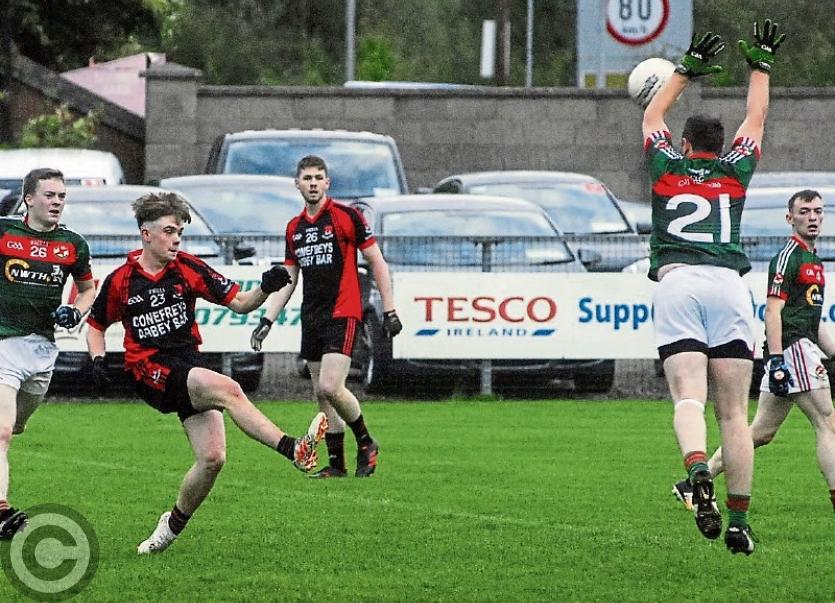 Fenagh St Caillin's have long been talked about as one of the favourites for the Smith Monumentals Intermediate Championship and they moved a step closer to their ultimate goal on Saturday last in Ballinamore when they comfortably brushed aside the challenge of Kiltubrid.

After a scrappy opening Fenagh burst into life in the fourth minute when an excellent run by Shane Doonan was matched by a wonderful strike from Riordan O'Rourke to open the scoring.

Seconds later Riordan turned provider for his cousin Ryan O'Rourke and the county man, who was excellent throughout, made no mistake with his shot.

In what was developing into a one sided affair that lacked the intensity normally associated with knock-out football, Fenagh added to their lead with four further points from Ryan O'Rourke (one free) while Mark Keegan was also on target to give Fenagh a commanding seven point lead.

Kiltubrid opened their account in the 20th minute when Emmet Mahon converted a free and he repeated the trick two minutes later. However, it never appeared as though a comeback was on the cards and Kiltubrid's momentum received a blow when Michael McCormack was shown a black card.

Leading 0-9 to 0-3 as the second half got underway, Fenagh showed no signs of resting on their laurels and were immediately on the front foot.

Conor Dwyer picked out Mark Keegan who scored the opening point of the second half and that score was followed by two further Ryan O'Rourke points (one free) to put nine between the sides.

With Emmet Mahon having been substituted in the early stages of the second half the free taking was taken on by Kealon McKeon who scored from a placed ball nine minutes after the restart for his side's first point of the half.

With 20 minutes remaining and a distinct lack of a competitive feel to proceedings, Fenagh were able to score at will. Ryan O'Rourke was again on target after clever play involving Conor Dwyer and Donal Wrynn and midway through the half Sean Keegan pointed after being released by Conor Dwyer who did very well to withstand a heavy shoulder.

Kiltubrid replied with points from Kealon McKeon (free) and their first from play scored by Eamonn Geoghegan but even the most diehard of Kiltubrid supporters had accepted their fate by this stage.

Kealon McKeon converted an injury time free for Kiltubrid but this was Fenagh's day and they completed the afternoon's scoring with injury time points from Aaron Smith and a Riordan O'Rourke free.

Main Man: The main men were all wearing red and black with Riordan O'Rourke, Donal Wrynn, Shane Doonan and Conor Dwyer all impressing but the pick of the bunch was Ryan O'Rourke who gave an  exhibition of point scoring.

Talking Point: For a knock-out championship match there was a real anti-climactic feel to this encounter.

Turning Point: This was definitely a game without a turning point as Fenagh bossed matters from the first whistle to the last.

Highlight: Ryan O'Rourke's performance was the lasting memory of a game that lacked a competitive feel and  was worth the admission fee into Ballinamore with some wonderful scores from play along with a clinical free taking display.

Lowlight: There has been much talk about the future structures of the Senior and Intermediate Championships and in the wake of such a one-sided quarter-final there will only be further talk about possible restructures.