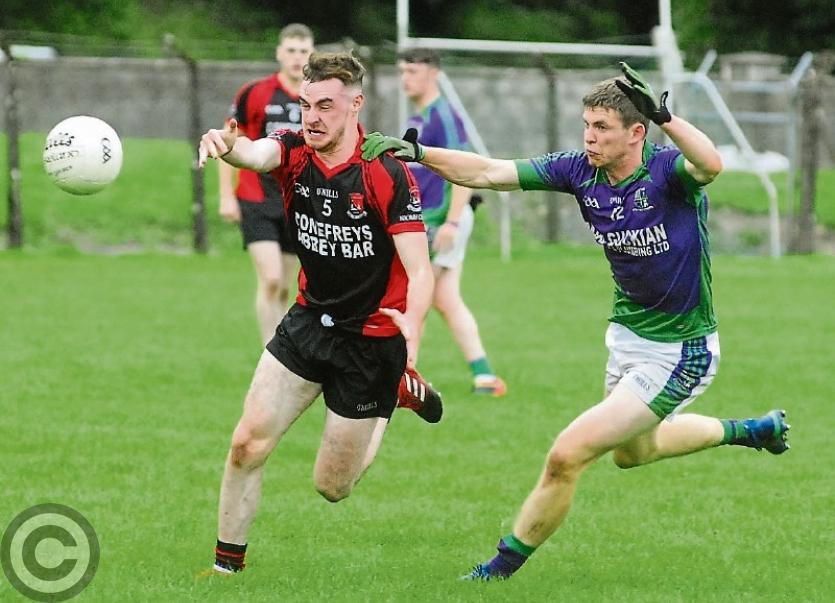 These two sides met in the Group stages with Leitrim Gaels cruising to a comfortable victory. Photo by Willie Donnellan

It's the game that many expected would be the final, and that's not an insult to Annaduff and Eslin, but Saturday's Smith Monumentals Intermediate Championship Semi-Final meeting of Leitrim Gaels and Fenagh St. Caillin's (3.30 throw-in in Pairc Sean Mac Diarmada) is a titanic contest where the winner will be immediately installed as the red hot favourite for the title.

The two have already met in the group stages, Leitrim Gaels winning comfortably but both sides will have taken something from a tense affair. The Gaels won by nine points, a big boost to their confidence but Fenagh were in contention going into the final quarter and they lined out without Ryan O'Rourke.

The County man is back for Fenagh and he will take some watching but the Gaels have risen to equally tough challenges in the past. Mal Guckian's side got a big wake-up call against Ballinamore's second string so you wouldn't imagine that complacency will be a problem next Saturday for last year's defeated finalists.

What the Group game between the sides showed is that Leitrim Gaels are superb counter-attackers, their immense speed giving them a huge advantage. It also means that if they sit back and compress the space in front of the twin O'Rourke threat, Ryan & Riordan, then Fenagh might experience the same sort of attacking malfunction that blighted them in last year's Quarter-Finals.

Fenagh will need to spread the scoring load and while Donal Wrynn shoulders a lot of their leadership burden, Fenagh are blessed with enough talent in all sectors to be a real threat. Their young players are also a year older and wiser and while the absence of Aaron McLoughlin will be sorely felt, Fenagh are a coming team.

Yet the odds appear to be in Leitrim Gaels favour - physically they are an imposing unit, upfront they have forwards like Shaun Chandler, Aidan Flynn and Eunan Treacy to hurt teams and the return of Enda Moreton couldn't have come at a better time, giving them an out & out goal threat.

Their biggest danger may be pressure - they already accounted for Fenagh in the championship but there is a growing fear in the Gaels supporters that St. Caillin's were holding something back with the knockout stages in mind.

Both these teams are remarkably similar and it could come down to luck but you have to go with Leitrim Gaels to get the job done.