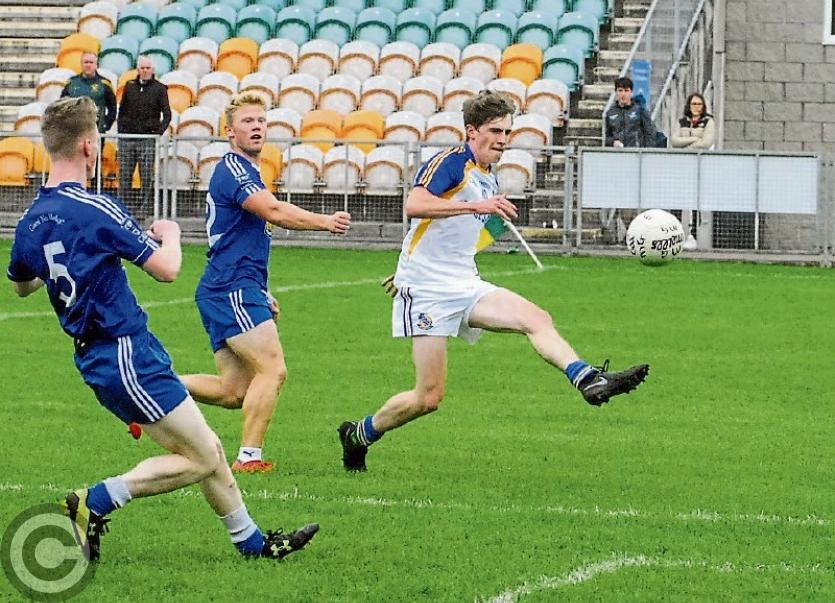 Aughawillan came through a tight game against Melvin Gaels. Photo by Willie Donnellan

Two teams with excellent credentials for Connacht Gold Leitrim Senior Championship glory in 2018 and a match to savour as Aughawillan take on St. Mary's Kiltoghert on Sunday.

The classic case of the big town against the small parish, the underdogs against the heavy favourites. But who is the favourites in this intriguing clash?

Aughawillan shocked St. Mary's four years ago to lift the Fenagh Cup for the first time in 20 years and haven't looked back. The Carrick men have struggled somewhat but appear to have made huge strides in the last two years and are now regarded as something of a dark horse for the title this year.

Aughawillan might have had to work harder than they expected against Melvin Gaels but they never truly looked in danger and that game will do them the world of good, all while knowing that there is more to come from the likes of Mark & Gary Plunkett.

Pearse Dolan is showing the sort of form that made his Man of the Match in the 2016 County Final but, cliche aside, the genuine strength of this Aughawillan team is everyone knows their job and does it, everyone puts their body on the line and everyone works until they can give no more and even then they don't stop.

It is a trait that this St. Mary's team seems to be acquiring. Their outrageous speed stands out but when you delve into it, their immense workrate and refusal to give up is a characteristic usually not conferred on the town side.

Ray Mulvey has rightly been getting a lot of headlines but Aughawillan will surely have a plan to stop that. But they will also have to stop the penetrating runs of Nicholas McWeeney, Daire & Conor Farrell and even Micheal McWeeney.

Aughawillan will be praying that Noel Plunkett is fit but if there is one team who can cope, it is the Willies. They are mobile, hard working and their forwards have a sheen of class that you just can't buy - in a close game, that sort of match winning ability is crucial.

Aughawillan may feel that they have St. Mary's number and the Carrick will be looking to end a bogey so there is lots at stake for both.

A prediction? There is good reasons to believe either can win and nothing would surprise me but if I had to give a vote, St. Mary's pace to carry them into the final.

l So there you have it - we've put our necks on the line and we'll find out next weekend whether we are right or wrong. But whatever happens, you can keep up to date with the action at www.leitrimobserver.ie, on twitter @LeitrimToday or on Facebook. And of course, in next week's Leitrim Observer.