CLASH OF THE TITANS 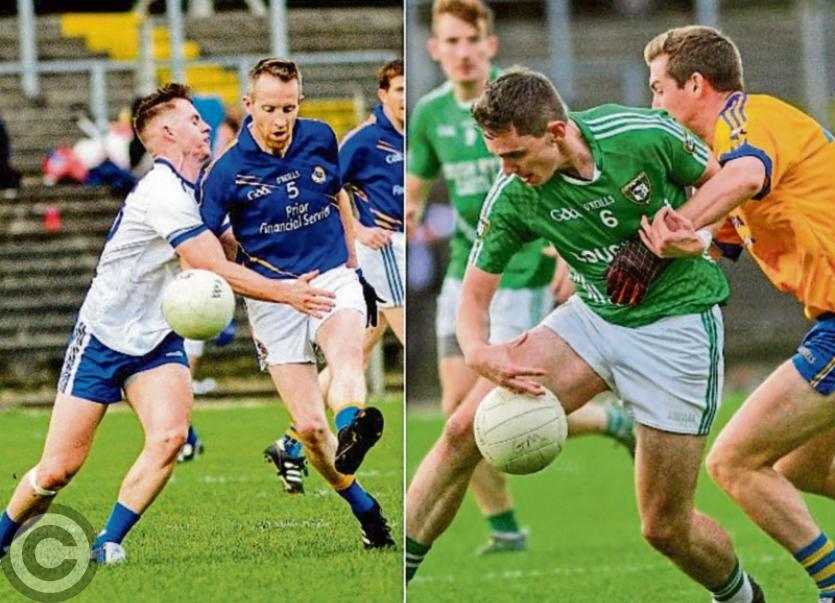 Aughawillan and Mohill have won the last four County titles between them - they meet in the Final for the first time on Sunday October 14. Photos by James Molloy

After swapping the last four County titles between them, Mohill and Aughawillan will battle it out to decide who is top dog once and for all in this year's Connacht Gold Senior Championship Final.

Reigning champions Mohill will put their title on the line as they seek back to back victories to add to their 2015 victory while Aughawillan are looking to keep a sequence of victory every second year going after their triumphs in 2014 and 2016.

Mohill produced a superb performance to see off a Glencar/Manor team seeking to reach the final for a fourth year in a row, winning 3-19 to 0-11 and all but one point coming from play.

Aughawillan accounted for St. Mary's Kiltoghert with a good deal more ease than the 1-12 to 2-7 scoreline suggests and interestingly, given how they have divided up the titles between them, it will be their first meeting in a County Senior Championship Final, again adding to the stakes.

Sunday week's Final (October 14) has been fixed for a 3 pm throw-in in Pairc Sean Mac Diarmada with Annaduff taking on Fenagh St. Caillin's in the Smith Monumentals Intermediate Championship Final at 1pm.

Glenfarne/Kiltyclogher will be looking to end a turbulent few years with some good news next Saturday, October 6, when they take on neighbours Glencar/Manorhamilton in the Pyramid Bookmakers Junior A Final in Ballinamore (4.30 pm throw-in).