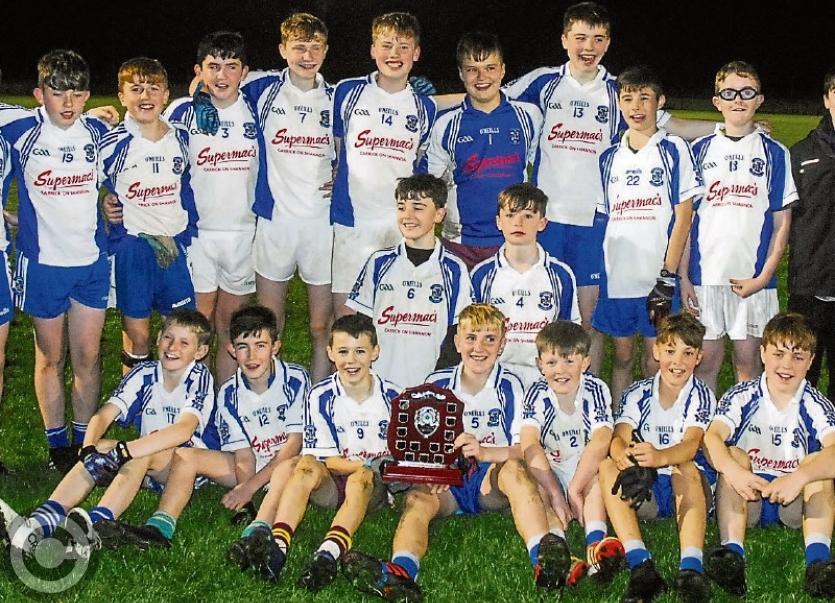 If this what regional football and amalgamations can produce, then we better introduce it to adult football as soon as possible.

The revived U13 Regional competition came to an end on a cold Tuesday evening in Cloone but it could yet prove to be a pivotal turning point for Leitrim football in the years to come.

This game was a real treat for any true football fan - a game played at astounding intensity with players giving it everything and producing some wonderful skills and scores over the hour.

One only hopes that clubs, all clubs, will buy into this competition in the years ahead and that it can be extended to U15 and U17 level. And that would be an enormous service to the future of Leitrim football, both at club and county level.

For these players will bring back what they learned from this game and drive on their clubs to greater heights in the years ahead.

The game started at a frantic pace with Dhani Keane’s low shot deceiving keeper Liam McNamee for a goal inside a minute. Liam Chandler added a free before a kickout found Callum McTeigue and his low shot flew to the net, 2-1 for Lough Allen inside two minutes.

Points flowed at either end but Carrick were hitting two points to each for Lough Allen with Ben Guckian and Jack Reynolds hitting two apiece to two from Liam Chandler. Reynolds would add a goal while Brian Cull saved a penalty from Guckian.

Rian Ward and Guckian added points to leave Carrick 3-11 to 2-3 in front at the break but Lough Allen came roaring back into the game with a Chandler point quickly followed by a persistent Thomas Gallagher goal as he fought his way through challenges to get his goal,

Carrick, however, responded with a fourth minute Ben Guckian goal as the pace of scoring finally started to slow. Darren Cox (free) and Guckian hit points with Conor McLoughlin scoring in response as Lough Allen saw a goal chance blocked and the follow-up hit the post.

Lough Allen did find the net for a fourth time when a foul on Gallagher led to Chandler converting a penalty but Carrick came back with Darren Cox landing 1-1, the goal a wonderful piece of individual skill, Conor McLoughlin finishing the scoring in the last minute.

Talking Point: Will clubs buy in and give this competition a chance? It was tried before and died from a lack of interest but this is a worthwhile competition to give players, some who may never reach finals, a chance to shine at the highest level.

Turning Point: In a game that went a million miles an hour, hard to pick out just one but Daniel Brady's fisted goal 12 minutes in gave Carrick an advantage they never looked like losing.

Ref Watch: Ray McBrien didn't have a lot to do in a game where both teams went out to play football.

Highlight: Impossible to pick one in a game with so many but the incredible pace of the game in the first half was remarked upon by many spectators and officials.

Lowlight: It is a pity that there weren't more people here to watch this game, a real cracker.