A DISPLAY FOR THE AGES 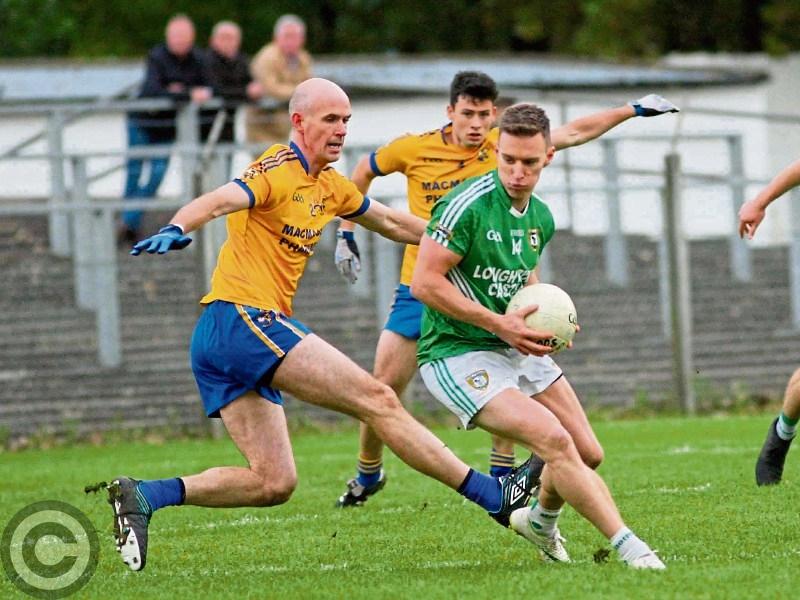 If there was one overriding feeling from spectators in Pairc Sean Mac Diarmada last Saturday evening, it was awe as Mohill delivered what can only be described as a statement victory.

Meetings between these two great rivals have normally been close, tight and suffocating but last Saturday, a powerful and potent Mohill simply ran the legs off Glencar/Manorhamilton and stormed into the Connacht Gold Senior Championship Final with one of the most impressive displays ever.

If that seems like hyperbole, consider the status of the opposition, the stakes and the performance - 12 points from the full-forward line, just one from a free, and a thoroughly dominant defence.

Mohill never let Manor’s own vaunted attack get into the game as Alan Armstrong and his team-mates were seemingly first to every ball while Keith Keegan, Shane Quinn and Caillin Canning bossed the game in the middle of the park.

Glencar/Manor opened the scoring through a Conor Dolan first minute free but a quick free into space saw Keith Beirne point for Mohill. Both teams had wides before a long ball into Ronan Kennedy saw him score a lovely point on seven minutes.

Shane Loughlin broke up from defence to get onto the end of a good move to point on 10 minutes but it was to be the last time the game was a contest as Mohill took over in devastating fashion, started by two points from Ronan Kennedy and Keith Beirne in the space of sixty seconds.

Both scores came from powerful running and quick passing and Mohill upped the pace with another Keegan run leading to a Domhnaill Flynn shot that was blasted over. Keith Beirne converted a 40 yard free with Keegan and Ronan Gordon adding a point apiece within a minute.

Glencar/Manor had a few chances to stop the flow of scores but had misses from James Rooney, Conor Dolan and Declan Byrne but good work from Niall Brady set up Evan Sweeney for a fine point.

Mohill responded with points from Ronan Gordon and Keith Beirne and Gordon was desperately unlucky not to goal as he steamed through only to shoot narrowly wide, Domhnaill Flynn pointing shortly after.

A shell-shocked Glencar/ Manor managed to pull back two points, a good run from James Glancy yielding a point while Killian McGriskin scored an excellent effort to cut the gap to six points.

But Mohill showed their class with Ronan Gordon pointing just before the break to leave the halftime score an incredible 0-12 to 0-5 in favour of Mohill at halftime.

Any thoughts that Mohill would ease up or Glencar/Manor could force their way back into the game ended quickly as Ronan Kennedy fisted a short Gordon shot over the bar just 22 seconds in the half.

Niall Brady pointed after an Evan Sweeney pass but Ronan Gordon & Shane Quinn replied with good points, Keith Keegan again instrumental in the score. Glencar/Manor made three quick substitutions and Niall Brady grabbed a point but the game was over after eight minutes into the second half.

The game’s first goal came when three Manor players went for the kickout, collided with each other and three Mohill players charged upfield. With one defender ahead of them, they played the ball among themselves before Alan McLoughlin blasted an unstoppable shot to the net.

It got worse for Manor four minutes later when James Rooney received a second yellow card and he was off. And four minutes after that, Sean Harkin shot powerfully at the Manor goal, his shot well saved by halftime sub Gary Hickey with Harkin almost apologetically palming the ball to the net.

Flynn, Keegan and Harkin all added points with a Conor Dolan free in response by the time Mohill grabbed their third goal, Alan McLoughlin running through to plant a rocket in the net five minutes from time.

That was it as far as Mohill scoring was concerned as Manor added three late consolation scores to their tally, Dolan (free), Evan Sweeney and sub Aaron Hickey (free) all on target as Mohill saw Shane Quinn receive a late black card on an otherwise flawless day for the champions.

Main Man: On a day when so many Mohill players were exceptional, it seems churlish to pick one but you have to say that Keith Keegan was simply immense in the middle of the park.

Talking Point: Mohill are going to be red hot favourites after this astonishing, almost complete display of footballing power and pace. Just two points from frees gives an indication of their dominance as Glencar/Manor may just have seen the end of their legendary side that have so graced the game in Leitrim over the last ten marvellous years.

Turning Point: There simply wasn't one as once Mohill found their feet, they were unstoppable and were in any true danger.

Ref Watch: Ray McBrien didn't have a lot to do but did it very well, a solid outing for the Aughavas man.

Lowlight: We thought we might get a humdinger but such was Mohill's dominance that all excitement was gone from the game as early as the halftime break.