An unstoppable force meets an immovable object - what happens next? 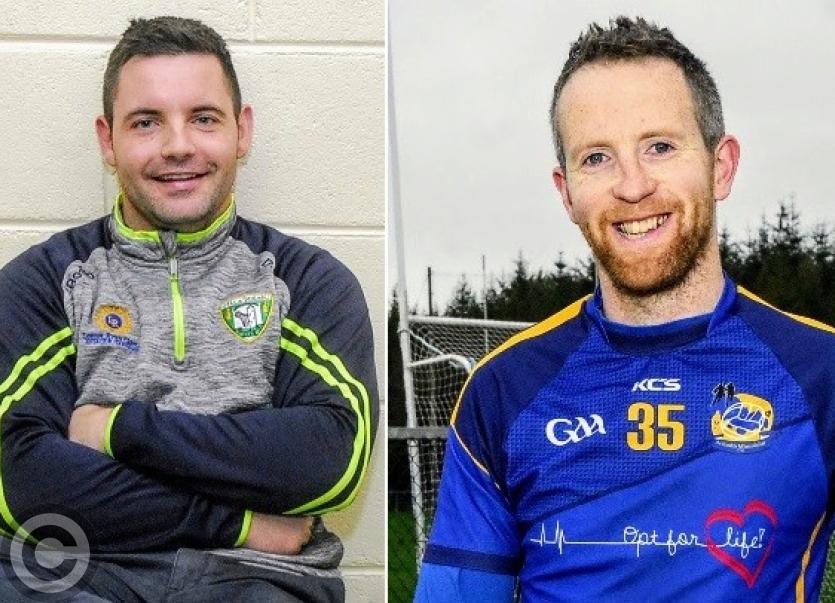 Next Sunday Leitrim GAA fans will get the privilege of watching a seemingly unstoppable object come up against an immovable object in a mouth watering Connacht Gold Leitrim Senior Championship Final (3pm throw-in).

Defending champions Mohill are looking to achieve back to back titles for the very first time while Aughawillan are desperate to add to their titles won in 2014 and 2016 but something will have to give in Pairc Sean Mac Diarmada next Sunday afternoon.

Mohill, with the demolitions of Allen Gaels and their astonishing win over Glencar/ Manorhamilton, have the look of an unstoppable force, one that seems to be gathering speed as we approach Sunday's showpiece event.

Aughawillan, all resolute and determined, are the picture of an immovable object and such is their record of overturning favourites in Finals that few in the county will be against them - even after Mohill's semi-final exploits!

Yet for all the cliches that surround these teams - Mohill townies don't have the resilience, Aughawillan don't have the flash - the fact is that both teams are incredibly similar, playing exciting, fast moving football and both are dogged, resolute and every bit as born winners as each other.

Aughawillan's image may be of unending workrate and resolute defiance but under Tommy McCormack, they have become almost Mohill-like in their free-flowing attacking football and pacy movement.

Mohill have always had that but in recent years, they've added steel and steel in unimaginable quantities. Aughawillan may have the reputation of never been beaten but in recent County Finals, it has been Mohill who have been able to apply the killer touch when their need was greatest.

From last year, they are without their manager and two of their key players in Ronan Gallagher and Darren McLoughlin but they actually seem to have gotten better.

Caillin Canning drives the team from centre-back and Keith Keegan & Shane Quinn give Mohill a huge foothold in the middle of the park, a potent mix of physicality & mobility.

Yet just look at who will face the Mohill duo next Sunday and you can see why many are predicting another Willies triumph - in Pearse Dolan and Mark Plunkett, Aughawillan have two men who are the complete package. Strength, physicality, mobility, pace & scoring power are there in abundance and it will be this sector that decides the contest.

Both attacks are formidable - Gary Plunkett & Ciaran Gilheany are finishers of the highest quality who seem to save their best for the big occasion and it wouldn't surprise anyone to see Plunkett plunder a couple of goals. Morgan Quinn is always good for a point or two and then you have Barry Prior, Stephen Gilheany, Dolan, Plunkett to add.

Mohill's firepower is truly frightening however - Ronan Kennedy, Keith Beirne and Ronan Gordon scored 12 points between them and we didn't even count the two goals Alan McLoughlin plundered while they have scores from every line of the field if need be.

Aughawillan's defence has creaked and groaned all year but they've never broke. Yet facing a forward unit like Mohill's is daunting and it is there that Aughawillan's hopes may ultimately lie. What we do know is that the Willies won't give away anything easy, Mohill's forwards will have to work like dogs for every single ball and every score.

Mohill's defence is incredibly fast, mobile and seemingly loves a good physical contest so expect a real humdinger as that is exactly what they will get from the Aughawillan forwards, all of who are seemingly taught from birth how to win their own ball under pressure.

Still Mohill's in your face defence is particularly powerful and we still don't know if Oisin Madden will be able to force his way into the starting line-up. Either way Mohill have a lot of aces up their sleeves, aces that can change the course of the game.

Keeper wise, both teams are well served - Colin Maguire and Padraig Tighe are experienced, solid keepers who won't give away anything cheaply.

So it might come down to a wild card - Noel Plunkett appears to be Aughawillan's card although a fully fit Sean Flanagan would add greatly to their physically. But if Noel Plunkett can accelerate his recovery from injury even more, he is a match winning option in a lot of positions.

But when it comes to resources, Mohill definitely have the upper hand - Oisin Madden is yet to start while Fiachra McGuinness, Ethan & Evan Harkin, Daragh Gordon, Jordan Reynolds & Ryan Bohan can all potentially change this contest in an instant.

Contrast that with Aughawillan only using 15 players in their semi-final victory and you get the sense that if injuries or black cards become a factor next Sunday, then Mohill have a big advantage.

If this was any team other than Aughawillan, Mohill would be raging hot favourites and that is a measure of the respect Aughawillan are held in. If they get a fast start and establish a lead, good luck trying to peg Aughawillan back.