Fenagh favoured but Annaduff out for upset 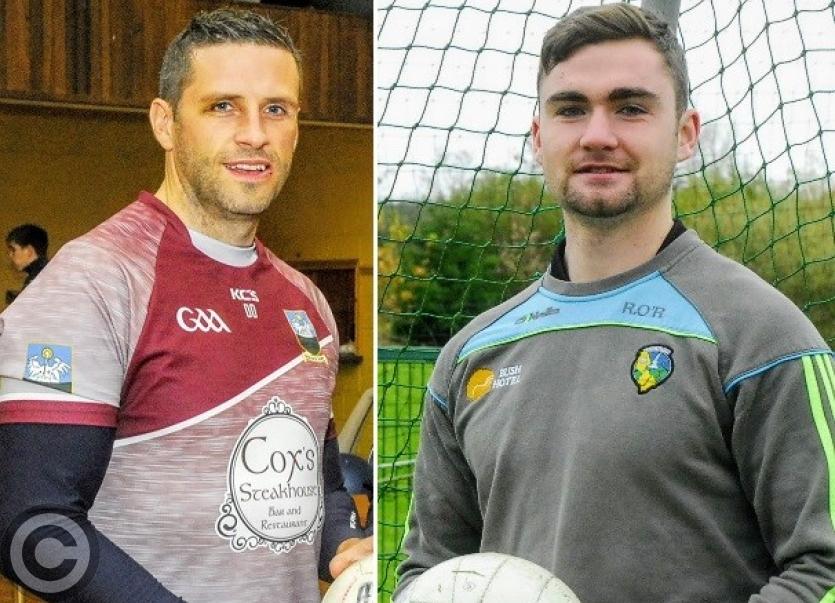 It is the decider that many expected at the start of the year but next Sunday’s Smith Monumentals Intermediate Championship decider still has the feel of something unexpected and something unpredictable.

Division 1 Fenagh St. Caillin’s take on a Division 2 team in Annaduff in Pairc Sean Mac Diarmada (1pm throw-in) in a clash where many are making Fenagh red hot favourites but one that carries quite a deal of danger from Annaduff.

Remember just one year ago, this Annaduff team were in the Senior Championship where they lost by a point to Glencar/Manor and beat St. Mary’s but a mystifying loss of form saw them relegated and now they are looking to bounce right back to Senior.

Fenagh have been among the favourites for the last three or four years but each year they have come unraveled but in 2018, they look to have put together a much more resilient outfit who have come through the tough tests.

Indeed, the manner both teams navigated the semi-finals tells us a lot about both teams - Fenagh changed their natural attacking instincts and tied up Leitrim Gaels and when it came to the winning of the game, Fenagh took their chances much more clinically.

Annaduff took the adage of “hammer the hammer” literally as they took on Eslin’s goal threat and battered them for four goals. Even a late scare didn't phase Annaduff.

Both teams are relatively inexperienced at this level - nobody from Fenagh, apart from Padraig Flynn, has contested a major club final while Annaduff have four survivors from their 2004 win. That is a plus for Annaduff but how many of the Fenagh men have seen action with Leitrim down through the years?

Upfront, Fenagh look to rely on cousins Ryan and Riordan O’Rourke, the two doing the damage to Leitrim Gaels with a bit of support from Michael and Shane Doonan. But it was very notable how Fenagh concentrated on getting the ball to the two O’Rourkes.

Annaduff have a greater spread of scoring threats with Alan Glancy a true poacher while Sean McNabola, Kenny Cox & Conor Reynolds are real dangers. And they appear to have a great back-up threat with Ray Cox & Gavin O’Brien to come in.

Midfield will see Leitrim captain Donal Wrynn and perhaps Jack Gilheaney come up against veteran pair David Duignan & Ronan McCormack. The Annaduff duo won Senior Championship medals 14 years ago and while many will give Fenagh a big advantage here, don’t count them out as they know how to win games and slow the opposition down.

Defence wise, both have had problems at times and both have done well in various games - the loss of Mattie Cox is huge for Annaduff but Hugh Moylan is marshalling the full-back line well while Gary Butler continues to impress for the Fenagh men.

Impact off the bench is hard to know - Ray Cox is a proven performer with an eye for a score while Fenagh have the first wave of their young teams starting to come through. They may, however, miss the injured Oisin McLoughlin who gives them so much in so many different areas of the field.

The form book suggests a win for Fenagh St. Caillin’s - they are holding their own against the best teams in Division 1 and, to be blunt about it, many believe they won the real final when they saw off Leitrim Gaels in the semi-final.

It is not a view I'd endorse - Annaduff love being underdogs and while they will want me tipping them, the relaxed mood in the Annaduff camp and confidence in their ability speaks of a team poised to cause a shock next Sunday.

Fenagh are rightly favourites and have been waiting for this day for a long time. Does that adds extra pressure but are well aware that they face an Annaduff team who have rediscovered the ferocious fire that is a hallmark of their past.

A verdict? Initial thoughts after the semi-finals was that Fenagh St. Caillin's are simply too strong but the more I think about it, Annaduff are in a perfect position and have nothing to lose. But I still expect Fenagh to end a long, long wait for an adult title.

Strength and scoring ability should carry the day but Annaduff are there, ready to pounce and while this might seem like a cop-out, I wouldn't be surprised by an Annaduff win! Fenagh to win but narrowly, after a titanic struggle.