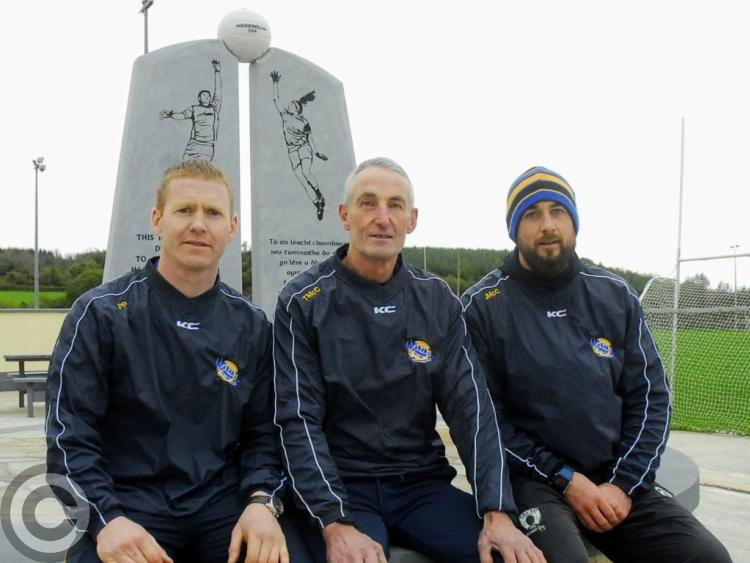 Sunday's Connacht Gold Senior Championship Final will see Aughawillan looking to regain the crown they last won in 2016 when they go head to with defending champions Mohill and one man with a strong history with both clubs is doing all in his power to ensure the Fenagh Cup is returning to Aughawillan on Sunday evening.

Aughawillan manager Tommy McCormack led Mohill to Championship glory 12 years ago and also led Aughawillan to glory two years ago. While full of praise for his former charges, Tommy conceded he is not as familiar with the Mohill men as he once was.

“It is amazing there has been a serious transition in the lock of years since I was there. They have a lot of young lads, they have great, talented young lads that have come through from underage and they are commanding places on the team. The older guys who I would be fairly familiar with who are still playing great football, the likes of Danny Beck.”

While he may not be as up to speed with Mohill as he used to be, Tommy is aware of the talent that they possess but the same is equally true about the Aughawillan team Tommy has helped guide to the final and he has been pleased with their form to date.

The Championship began with defeat to Mohill but Tommy feels too much emphasis could be placed on that game as some of his players were only beginning to return after lengthy absences.

“Boys were back from America, Ciaran Gilheany was back from the Far East and we began to get the team together gradually. We needed those group games to get performances back to back and we gradually got there. Our last game, against Carrick would probably have been our best performance.”

While it was far from ideal to begin the campaign with a defeat, Tommy accepted there was value to be gained from the result as it helped galvanise his team and refocus their efforts.

“Definitely when you play Mohill any day the barometer is there. They lift the level of competition and we weren’t that far off the mark for long periods out in Cloone.

“The next game was important for us that we could get a win and get back to back wins after that to get back into the competition.

“We had Ballinamore and Mohill, Gortletteragh and Dromahair and we had to get back to back wins to instill a bit of confidence.”

The knock-out stages of the Championship saw Aughawillan triumph over Melvin Gaels with Tommy remarking, “It wasn’t a brilliant performance but we ground out a result.”

Aughawillan's semi-final opponents were St Mary's with Tommy recalling, “For the Carrick game we had to lift our game once more so we have really competed against whatever has been thrown at us so far.”

Sunday's final will be see another tricky challenge in Aughawillan's path with Tommy adamant his players will have to be at their very best if they are to dethrone the defending champions.

“Mohill have the players that can expose any weakness. If they discover a weakness, they will exploit it.

“We will just have to give another workmanlike performance to try to close down the danger areas and we will have to capitalise on all scoring opportunities that come our way. Last week we didn’t take them, this week we will definitely have to take them.”