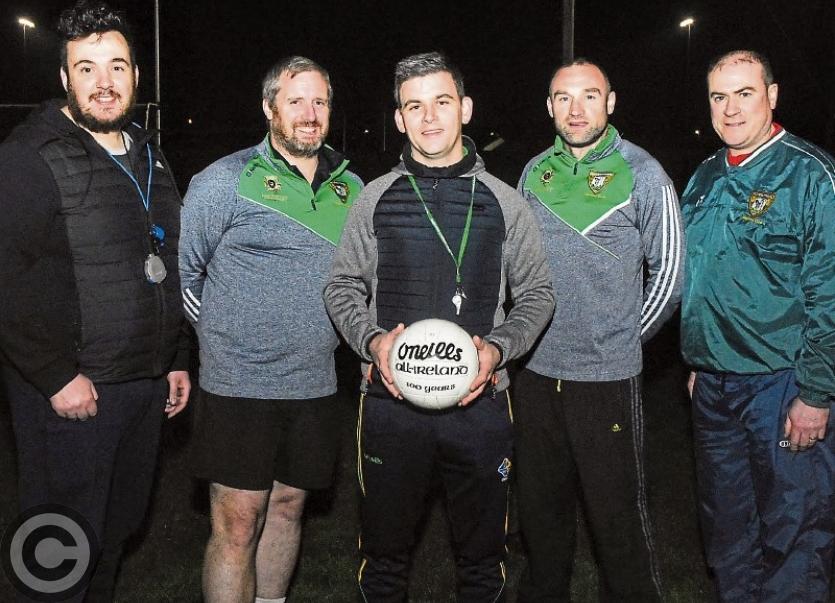 Defending Champions Mohill may have set the Leitrim footballing scene abuzz with their semi-final victory but manager Sean Kennedy insists that that performance won’t be good enough to win next Sunday.

Mohill delivered what is arguably one of the most comprehensive performances of the last ten years in their 3-19 to 0-11 demolition of Glencar/ Manorhamilton. They face Aughawillan in a much anticipated County Final but Sean Kennedy is definitely not getting carried away.

“The semi-finals don’t mean anything next Sunday,” Sean simply told the Observer, “The only thing for us is that we’ll look at our performance, do our video work on it and try and improve on it every day we play and train.

“We are always trying to improve because there is no such thing as perfect and you are never complete. Certainly we are looking at it and how we can better than that and I think we have to do that to win on the day, that’s key as well.”

Improving on that performance might seem like an impossibility but for Sean, there is simply no other option - “I think we don’t have a choice. We have to if we want to win the game, we have to produce that again. That is always the task - go out, do a job and be better the next day.

“You learn every time you train and play and we certainly have learned, we conceded a bit more than we would like, we had wides, not all our passing was as crisp as it might have been. We certainly have lots to work on.

“We need to raise the bar again for ourselves and that has always been the challenge, to go out and perform on the day, come away, look at what we’ve done and be better the next day.”

The one constant you hear from everyone connected with Mohill is to make the most of today because you never know how long it will last and they are sentiments Sean Kennedy endorses - “Sometimes I think the bit of hurt is there in some of those older lads and I know Ciaran and Ronan won in 2006 but it took nine years to win another one so you have to grasp the opportunities and experience is vital for that but you also need the youth with hunger and enthusiasm as well.”

And he is very well aware of the threat posed by Aughawillan and their manager Tommy McCormack who led Mohill to the title in 2006 - “Your aim at the beginning of the year is to get to the County Final, turn up on the day and win it and who’s there deserves to be there. “Aughawillan they are always a tough team, they have some very good footballers. I know Tommy personally very well, I was involved with him and Mohill in 2006 so I know what Tommy brings and they have a great tradition of winning down there in Aughawillan. They will bring that to the game on Sunday.

“Aughawillan are a good team, they move well, we played them at the beginning of the year and I know at that stage they had a lot of lads in America and they’ve got lads back, obviously we’ve seen them once or twice and they are certainly improving.“

Refreshingly, Sean does bother with convoluted notions that his team aren’t favourites after their semi-final display - “We certainly expect it to be an open game. I know Tommy from old, Tommy is a footballing man, he wants to play football and he brings that to them and I know over the last couple of years, they want to play football.

“We’re not there to thrill the crowd, we’re there to win but that is the style we have and that is the stamp I’m trying to put on the team, to play to our strengths. We don’t want to be conceding but at the end of the day, football is about scoring more than the opposition and that is the basis we use.”