Sunday will be a poignant day for Kennedy family 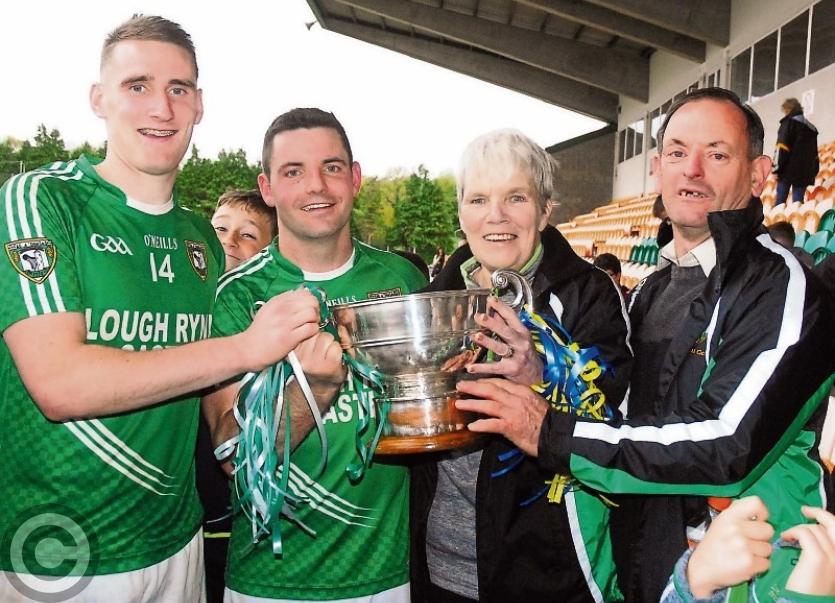 Sunday will be a poignant day for the Kennedy clan as it is just over 12 months since their mother Mary captured the hearts of the county when Danny Beck gave her the honour of lifting the Fenagh Cup. Mary passed away on June 24, and next Sunday, her son Sean and his brothers Ciaran & Ronan will attempt to bring the Fenagh Cup back to Mohill.

And manager Sean admits their mother is never far from their thoughts - “It has been a tough years and on Sunday, she’ll be 15 weeks dead on the morning of the Final. She won’t be far from our minds but we’ve a job to do.

“We sat down with the players on July 6, and funny enough it was 100 days that day exactly to the County Final. It has been a countdown of days and of course, the mind wanders at times back to Mum, she was very involved with the club and obviously with Ciaran, Ronan and me, we’re all heavily involved.

“Taking over the team helped us in one way, it has kept the mind occupied and hopefully on Sunday, provided the lads do the job, she will be the first one that comes to mind at half-four.”

“The emotions have to be put aside before the game and during the game. And I’m sure, if the game goes the right way, those emotions will come to the fore after the game.”