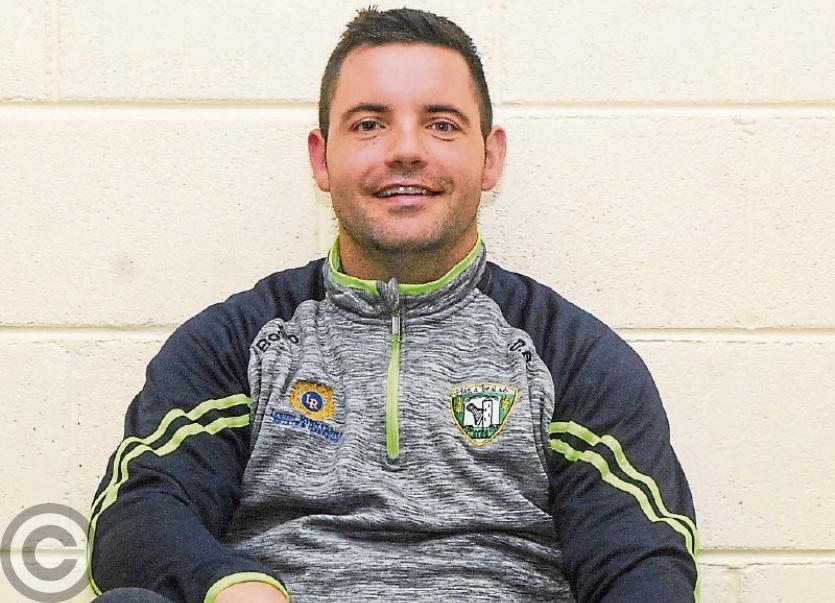 The county may have been agog at Mohill's semi-final performance but captain Danny Beck firmly banishes any notion of the champions resting on their laurels.

As the defending champions, Mohill face a tough Aughawillan challenge next Sunday in Pairc Sean Mac Diarmada (3pm throw-in) but the first words from their captain dispel any notions that Mohill will be complacent.

Speaking to the Observer at training in Newtownforbes last Friday, Danny quickly states “It is great to be back in the final and on the back of a good performance but it will count for nothing if we don’t do the business the next day.”

Talk to him about an astonishing semi-final victory and the focus does not slip one iota - “It was brilliant on an attacking front, especially when football is going through such a transition of negative football and blanket defences. But it will count for nothing if we don’t do the business the next day, it is only a semi-final, the final is where it counts.”

Part of Danny's caution is due to the opposition so when you ask him about being favourites, his reply is illuminating - “Everyone will say that but it is on the day, we’ll just have to turn up again and see if we can put back to back performances in.

“We have the lads tuned in, they’re all in great form but there is nobody overconfident, they know the task that is coming is as ferocious as any of the games we’ve been in all year, last year or whenever. Aughawillan will not give up, that is in their blood.”

Certainly everyone in Mohill is all too aware of how Aughawillan can upset the odds - “You just look at Aughawillan over the last few years, they’ve been there or thereabouts each and every year. They are consistent and Tommy and Joe, they’ll know the Mohill camp fairly well so you don’t expect anything else from Tommy McCormack teams, they are always going to be contesting championships.

“We did look at them against St. Mary’s and it is hard to know, we played them in the group stages and it is a different Aughawillan team nearly from that game. It is a final at the end of the day and anything can happen in a final. We’ll just have to mind our own house, make sure that we’re right.”

Making sure that Mohill are right is first and foremost in Danny’s mind and his own experience of winning a title in 2006 but not winning again until 2015 drives him on and informs his advice to Mohill's younger players.

“There is a lot of young lads in our dressing room and we do say you’ll never know when you’ll be in another County Final. If it doesn’t go right this Sunday, it takes a full 12 months to make it right again and we try and hammer it home to these young lads.

And Danny insists that the drive for titles in coming from within a tightly knit group in Mohill - “Football is funny, you’ve got to strike while the iron is hot and we are blessed at the minute but we work hard, every single lad.

“If you miss training, there is another session scheduled and lads will join up with you, we all do it together and that is why we’re at the level we’re at. But you can turn up on Sunday and it can all be whipped away from you very quickly.”

That strength in depth is emphasised by the fact that Oisin Madden didn’t make the starting 15 for the semi-final and Danny believes it is down to attitude - “It is a great sign for Mohill but attitude is a great thing as well because they have the perfect attitude.

“Oisin there is buzzing at training the other night, he wants his place on the team, he was flying. He is outside the 15 at the minute but he could be back in for the final, you just don’t know.

“But that is the beauty about it, you want lads chomping at the bit and other lads are looking over their shoulder every week so we’re just glad to keep it going.”

Keeping going is something Danny is doing very well and while he admits the years have seen his game change, the Mohill captain is loving it at the moment - “It is tough in ways, it is tough on the body but it is great to be involved when you are going so well. I want to play as long as I can.

“Myself, Ciaran and a couple of the older lads, we’re just loving it at the minute and these young lads are a breath of fresh air, they’ll drag you through it. We’re realistic in our games, we’re not bombing up and down the wings the way we were ten years ago but we like to think we have a big role in the team. We’re there and we’ll be there as long as the boys would have us.”

As for talk of back to back title, Danny says “It is a whole new year, a whole new game and a whole new opposition in front of us. When Sean and Shane came in, we had 100 days from when they came in and day 87 was the final. Day 100 is Sunday and that’s the task we set out at the start of the year. It is a different job but we want to complete it.”

And a prediction? “If we bring our A-game, we’re confident yeah.”