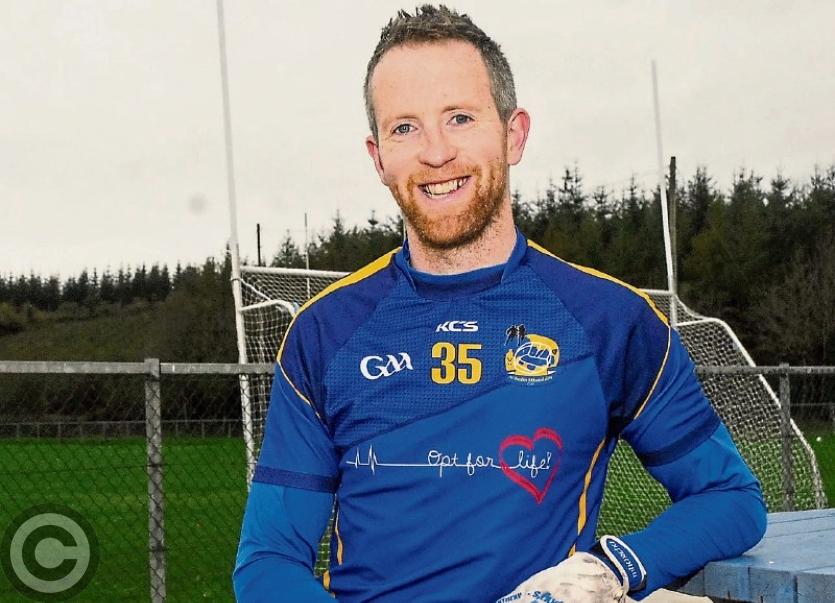 Amidst constant talk of sweepers, blanket defences, and zonal marking Aughawillan captain Sean Quinn was refreshingly honest when he said he and his team mates will be focusing solely on getting their own performance right than worrying too much about what Mohill will bring to Sunday's Senior Championship Final.

When it was put to Sean at training last Sunday morning in Aughawillan that it would be possible to fall into the trap of concentrating too much on Mohill rather than focusing on their strengths, the Aughawillan captain stated bluntly, “We’re not worried about them.”

The message may seem slightly dismissive of Mohill but in fact it is the opposite. Sean is only too aware of the strengths Mohill possess but is adamant in order for his team to emerge victorious they must play to their own strengths rather overly worrying about their opponents.

“We have to get our game right and what they do is what they do,” was the verdict of the Aughawillan captain.

Sean has played his part in Senior Championship victories in 2014 and 2016 and while it may seem like the numerical sequence of winning in alternate years has a nice ring to it, Sean knows his team need more than that to ensure the Fenagh Cup is returning to Aughawillan on Sunday evening.

“It does have a nice ring to it and I wish it was that easy! We were probably unlucky in the two years between that, two point losses. We know we are capable of being there it is just a case of getting it right on the day.”

Having safely advanced from their group, Sean agreed the intensity and competitiveness of the games increased dramatically when the knock-out stages began.

“Without a shadow of a doubt. Melvin Gaels was a serious test for us in the quarter finals and again last week against Carrick was a big, big game.

“We only got through them by a couple of points, they are much tougher games.”

The pain of relinquishing their title last year was something that hurt Aughawillan with Sean revealing the team vowed to return to the final this year.

Now that they have achieved their goal, they want to go one step better but are only too aware of how difficult that will be as the two best teams of recent years in the county go head to head.

“After last year we were very disappointed and we set our goal out at the beginning of this year and this is where we wanted to be and it’s where we are and we are just delighted to be there.

“You have Manorhamilton up there as well, but yeah, that’s true, it probably is the two best teams in the county. Hopefully it all comes together for us next Sunday.

Reflecting on his side's path to the final Sean accepted Aughawillan were too porous at the back but has been pleased by how that has been rectified as the Championship has developed and he has also been very happy to see the return to fitness of the likes of Ciaran Gilheany and Pearce Dolan.

“Noel Plunkett is back in action after three months out as well. They are all big pluses to have back in the team, they are quality players.”

When asked where he saw Sunday's game being decided Sean had a blunt answer replying, “On the scoreboard!”

Elaborating further on what could be seen as stating the obvious Sean said, “If we can keep it tight at the back and rack up some of those big scores that we had been getting earlier on in the year it could be anybody’s game.

“The type of game that Tommy McCormack emphasises on us is an attacking game. There are no defensive systems or anything involved and Mohill are quite similar.

“They have a lot of good forwards like Ronan Kennedy and Keith Beirne and lads like that. They are quite an attacking team as well.”

It may not be his main wish for Sunday but Sean expressed a sentiment shared by all neutrals when he said, “Hopefully it will make for a good game.”