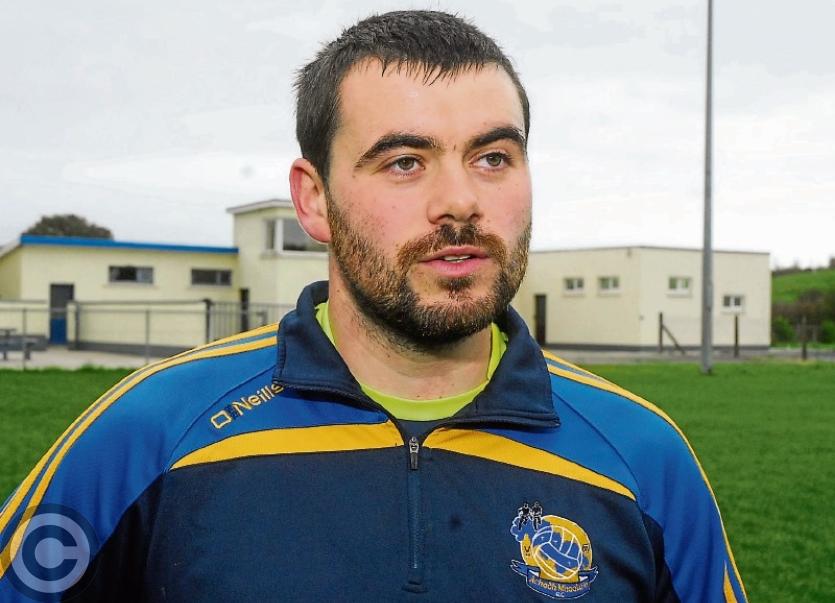 Something of an old hand at preparing for Senior Championship Finals, Aughawillan's Morgan Quinn is quietly confident about his side's chances when they face Mohill on Sunday but he is full of respect and praise for a Mohill team who will be looking to retain their title.

When asked if previous experience makes the preparation for this year's final any easier, Morgan insisted past finals have little bearing and all focus is on Sunday's opponents, Mohill.

“I don't know about easier or harder but it is good to be in it. I don’t think it’s the same or different, you’re not really thinking about other years, we’re just preparing for Mohill.”

The sides have of course already met this year with Mohill emerging victorious when the sides met in the group stages and Morgan is fully aware his side will need to improve dramatically on that showing if they are to claim the Fenagh Cup for a twelfth time.

“You could see from that game Mohill were streets ahead of us. It wasn’t that we took it lightly, we went out and tried to beat them but they were far better on the day. I suppose we thought we had the work done to beat them but even from their semi-final appearance, by all accounts they were awesome.”

Having had plenty of battles with Sunday's opponents, Morgan is well aware of the talent contained within the ranks of the defending champions.

“Mohill have such strength all over the pitch. You have Shane Quinn driving through from the middle of the pitch but even the forwards are racking up big scores.

“You have Keith Beirne, Ronan Kennedy inside, Ronan Gordon scored a few the last day, Alan McLoughlin is getting goals and they have a good, tight backline.

“They do have an awesome outfit but Tommy McCormack will be setting out our gameplan and we will go out and try to nullify them.”

Aughawillan recovered impressively from that opening day defeat as they went on to record impressive victories over Gortletteragh, Drumreilly, Ballinamore and Dromahair to advance to the last eight of the Championship.

While many rural clubs have found recent years particularly challenging Aughawillan have gone from strength as evident by the number of players available for training on Sunday morning last.

Agreeing that his is a special club, Morgan half jokingly replied, “It is but only 15 can put on the jersey and play!

“Going up and trying to get organised for training is difficult enough but no one before us ever gave out about being a small club. While we might be small in numbers we wouldn’t feel that we are a small club in any way and I think that is important. If you start bemoaning the lack of players you are going to be starting on the backfoot.”

While it is going well on all fronts in Aughawillan Morgan highlighted one significant differences between Aughawillan and Mohill.

“Mohill had a brilliant team last year and then you see the likes of the Harkins and young Ronan Gordon. They seem to be bringing quality through every year. While we have good underage players, we are probably looking at bringing one or two through, they are bringing a team through every year.

“We have no inferiority complex. We will be going out to beat them but it is a tough Mohill team. If we can just stick at it and be there or thereabouts with a few minutes to go we would back ourselves to get over the line.”

When asked for a prediction Morgan was adamant he couldn't care about the scoreline so long as Aughawillan emerge victorious. “To be honest if we beat them 0-10 to 0-9 I wouldn’t care or 0-20 to 0-19. If we beat them by a point I’ll be happy to get over the line.”

Seven games and eleven weeks after the start of the Connacht Gold Senior football Championship Aughawillan are once again in the familiar position of preparing for a county final.

Reflecting on his side's path to this year's final, Aughawillan forward Morgan Quinn said, “It was a very competitive Championship, you have to be on the ball for every round and last year that really caught us out. We didn’t perform well in the group stages and then we were losing all the way after that.

“It was definitely an aim for us to perform a lot better in the group stages than we did last year.”

Aughawillan suffered defeat in their opening Championship game this year when they were undone by Mohill but Morgan was pleased with the manner in which his side bounced back.

“It was important for us that we bounced back because we were very disappointed after losing that first game to Mohill. We bounced back but it won’t count for much unless we win next Sunday and that’s what we are focusing on now.”
The concession of nine goals in five group games focussed a lot of attention on Aughawillan's defence but Morgan has been pleased with how that aspect of their game has improved as they advanced in the competition.as funny in the earlier stages we were conceding a lot and scoring a lot and then when it came to the knockout stages we probably kept it a bit tighter at the back and we weren’t scoring as much.”

Morgan also pointed to the semi-final victory over St Mary's as evidence that improvement is also needed up front.

“There is no way we will beat Mohill with the shooting we had the last day. We had to dig it out very hard to get a win against a very good St Mary’s side.”

The run to the final has galvanised the club with Morgan particully impressed by the numbers at training.

“The games this year have been great for us. You can even see out here at training this morning, we have a massive panel of players this year which I have never seen before. There are a lot of lads at that age at the minute and it is great, every game we seem to be building and building.”
While far from being cocky, Morgan is confident the wise man o

the sideline, Tommy McCormack, will have a plan devised that will be enough for Aughawillan to sneak over the line.