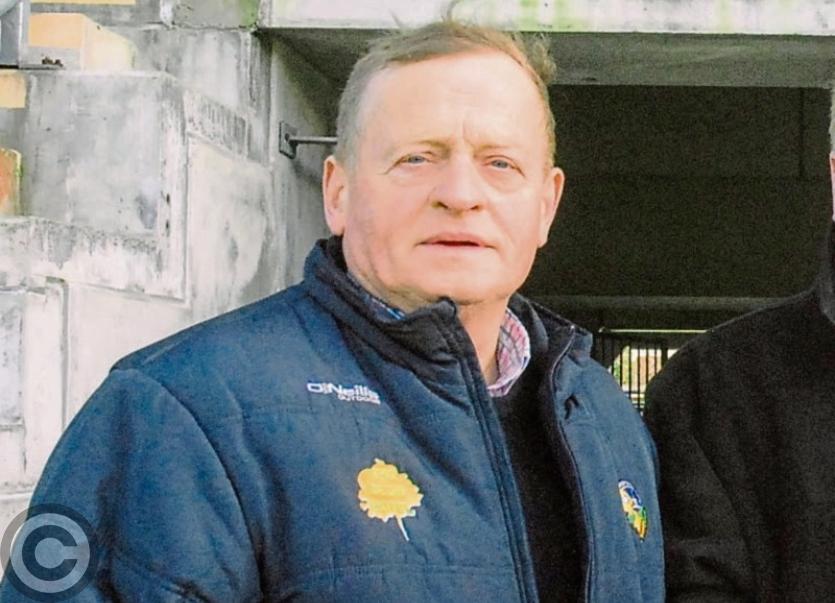 County Final day next Sunday won’t feel the same for a loyal band of workers who man the gates and run the games after the sad and untimely passing of Dromahair’s Jim Meehan, described last week as a "remarkable servant for Leitrim GAA".

A familiar sight at all Leitrim GAA events, Jim will be missed on the biggest day of the Leitrim GAA season after he passed away after battling illness for some time, his burial taking place last Friday at Carrowcrin Cemetery following funeral mass in St. Mary’s Church Killenummery.

Leitrim GAA County Board Chairman Terence Boyle paid tribute to Mr Meehan saying "Jim was a remarkable servant for Leitrim GAA and not only Leitrim but Dromahair and Connacht. He was our serving Assistant Treasurer and Treasurer of our Supporters Club this year and we would like to express our deepest sympathy to Chris and the lads on their great loss."

Jim served in a variety of roles with Leitrim and his club St. Patrick's Dromahair and in more recent years served as a Connacht Council and Central Council delegate. He will be remembered for his work in transforming the financial fortunes of Leitrim GAA and was heavily involved in the fundraising efforts for the new stand at Pairc Sean Mac Diarmada and the Leitrim GAA Centre of Excellence in Annaduff

In a tribute on the Leitrim GAA website, it said “As a fundraiser extraordinaire for both club and county, it would be impossible to quantify the amount of money that Jim has raised for both organisations. It was no surprise, given his ability to fundraise that Jim was elected as Treasurer of Leitrim GAA for 2002.

“Over the following six years, Jim worked tirelessly on behalf of Leitrim GAA, an era which coincided with the development of the new stand at Páirc Seán Mac Diarmada and the purchase of the grounds that have since been developed into the Centre of Excellence.

“The annual Supporters Club Draw, which has been on the go since 1986 has had Jim Meehan as one of its staunchest allies. It would be hard for people to appreciate the amount of time, effort and repetitive selling that Jim Meehan has put into this fundraiser over the best part of its existence.

“One image is quite clear, if you saw Jim reaching into the inside pocket of his jacket anytime from the end of January towards the middle of March you could be sure that you were going to be relieved of the fee for the annual Supporters Club membership!”

Jim is survived by his wife Chrissie, who was his constant companion at all GAA events, sons Fergus, Kevin and Kieran. He will also be sadly missed by his sisters Kathleen, Della, Gay, Ena, Noeleen and Geroadine, daughters-in-law Patricia, Nicola and Sarah, grandchildren Amy, Thomas, Amelia, Aishling and Michael, relatives and friends.

The staff of the Leitrim Observer would like to add our condolences to the Meehan family on their sad loss.

May Jim Rest In Peace.