“If you were to pick any team you didn’t want in a final, it is Aughawillan” 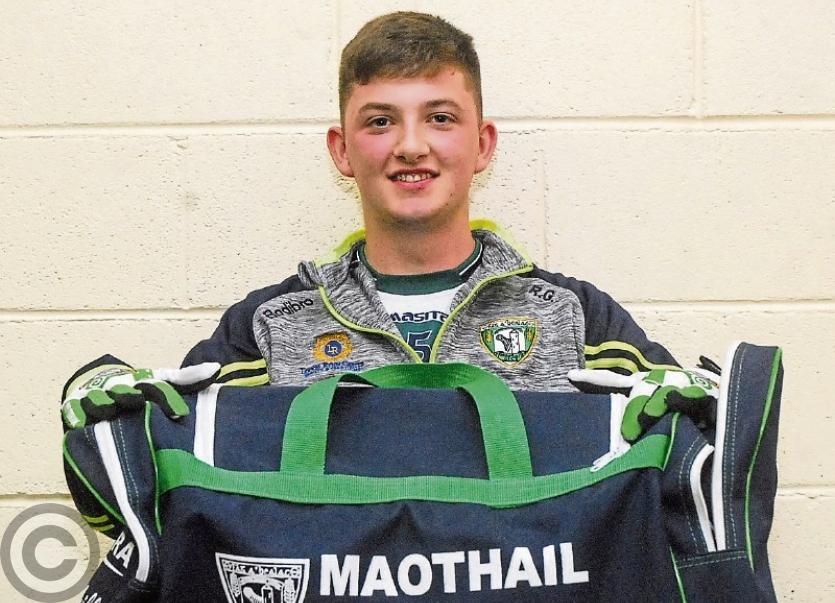 Ronan Gordon is all set for Sunday's Senior Final. Photo by Willie Donnellan

It’s a measure of how much respect there is for Aughawillan, that Ronan Gordon has no problems in admitting that he’d prefer not to face the Willies in next Sunday’s Connacht Gold Senior Championship Final.

It is not that the young corner-forward is dreading Sunday’s Final, in fact he is positively excited by the Final but Aughawillan’s reputation is such that nothing can be taken for granted by the defending champions.

If you were to pick any team you didn’t want in a final, it is Aughawillan,” said Ronan who went on to explain “They’re dogged and everybody knows they don’t lose too many when it comes to a final. I don’t know how many finals they have lost but they certainly haven’t lost a Senior Final in over twenty plus years.

“They beat a good Manorhamilton team in 2016 and they defied all the odds in 2014 when they beat Carrick. They’ve been underdogs in both their Finals and I think that it what they like, the underdogs tag, but we can only take every game as it comes.

“I played with Pearse Dolan and Fergal McTague all up through underage with Leitrim and they’re tough lads, Pearse has played with the Leitrim Senior team. They are a young team, people might think they are very experienced but they are similar to us.

“The majority of their team is pretty much the same age as us, we would have played a lot of them in underage finals from U16, Minor and U21, they are young as well and we can’t take them for granted.”

Ronan, like most of the Mohill team, isn’t reading too much into the two semi-finals - “I was over at it, it was freezing and I wanted to leave at halftime but I kept at it, I wanted to see if Carrick would make a burst in the second half.

Ronan’s own semi-final performance caught the eye, four points from play, but the Mohill corner-forward is taking nothing for granted when it comes to team selection - “I had a good Semi-Final, I know that but there is two weeks between it and the final and anybody can come in and snatch my place if I take my foot off the gas.

“I came out of U16 in 2014 and that was my first year playing Senior and I actually found it easier to get into the starting 15 in 2014 than I do now. The amount of young lads that have come through in the last three or four years is outrageous.

“We always had one or two very good forwards but to get into the first six now is so difficult. You nearly have to be firing every day in training, you have to be firing full cylinders, any off night and some man will come in and take your place. If that man comes in, has a good last 20 minutes, you could be off the next day.”

Ronan does admit that the thought of winning back to back titles is in the back of the mind and that he gets a bit of advice at home too - “It is massive, all the teams that have gone through. I know my aul fella goes on about how they had good teams in the 70s and he was in three finals and he was 21 when they got to their last final and he never got to another one.

“Every team that gets there always wants to do back to back, that is something special but hopefully Sunday, we can change history and become history makers I suppose.”

Their demolition of Glencar/Manorhamilton in the semi-final may make them favourites with the GAA public but Ronan isn’t reading too much into that game - “We weren’t expecting the Manorhamilton game to go like it did and I don’t think anyone else was either. It happened and you can say they might have been tired after the few games they played in a row, maybe three or four weeks in a row.”

That cautious confidence will be carried into Sunday’s Final according to Ronan - “We’re playing well, we’re training well and we’re lucky that we have no injuries at the moment. You’d be quietly confident but you can’t take Aughawillan for granted.

“Definitely no danger of overconfidence, look at Slaughtneil up in Derry during the week, any day of the week you can be caught off guard. We’re not overly confident, we definitely won’t read too much into the Manorhamilton semi-final. We’re keeping the heads down and our feet on the ground,” promised the Mohill corner-forward.