The art of predictions - or lack of it! 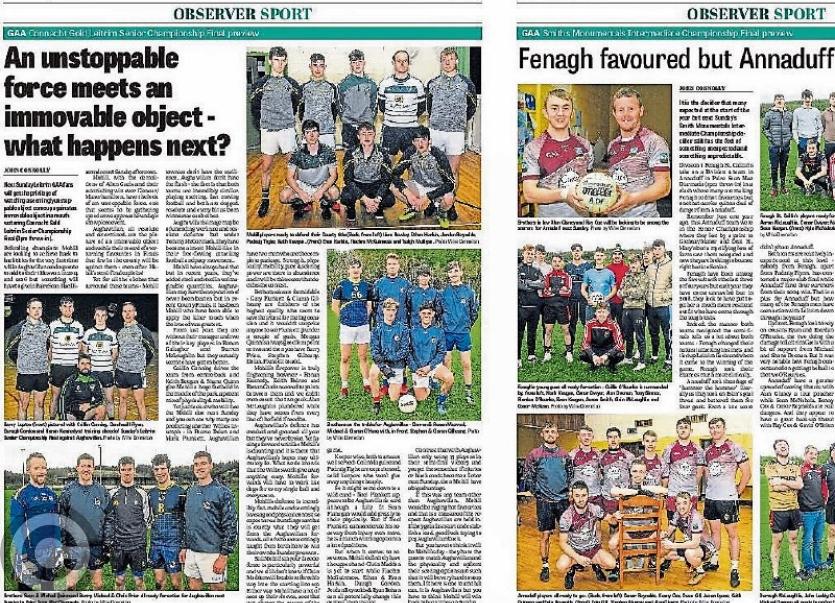 County Final days come and go and the one thing you can be sure of is that nobody wants the dreaded Observer prediction in their favour.

After all, the curse of the Observer prediction was a very real fear for clubs back in the late 80s and early 90s and it came back with a bang for the semi-finals when we managed to get only one of our predictions right!

It has got so a friend playing on one of the teams in action next Sunday is begging me not to tag his team as favourites even if he himself proclaimed before the quarter-finals that his team were going to go all the way this year!

So what goes into a prediction - contrary to what a lot of clubs out there seem to think, the Observer doesn't have it out for them but I suppose we must be doing something right if every club seems to think we have it in for them!

Form, results, players, past records and club history all go into making a call. History, you might cry, but tell anyone talking about Sunday's Senior Final to disregard Aughawillan's incredible history and you'll be laughed out of town.

Lest anyone think we're alone, we asked the clubs of the county to give their predictions for this year's Senior and Intermediate grades, outside of themselves of course.

Glencar/Manorhamilton were the choice of nine club PROs and only one mentioned Aughawillan and that was St. Mary’s - perhaps they knew something we didn’t! Defending champions Mohill got just four votes so go figure!

The Intermediate grade saw seven clubs opting for Fenagh St. Caillin’s while Annaduff got just vote, ironically from the Eslin team they knocked out of the championship.

So maybe when you're reading our predictions this week, you'll remember it is just our opinion and not a slight on your club. Good luck to all four teams in action next Sunday and may the best team win, regardless of what we predict!