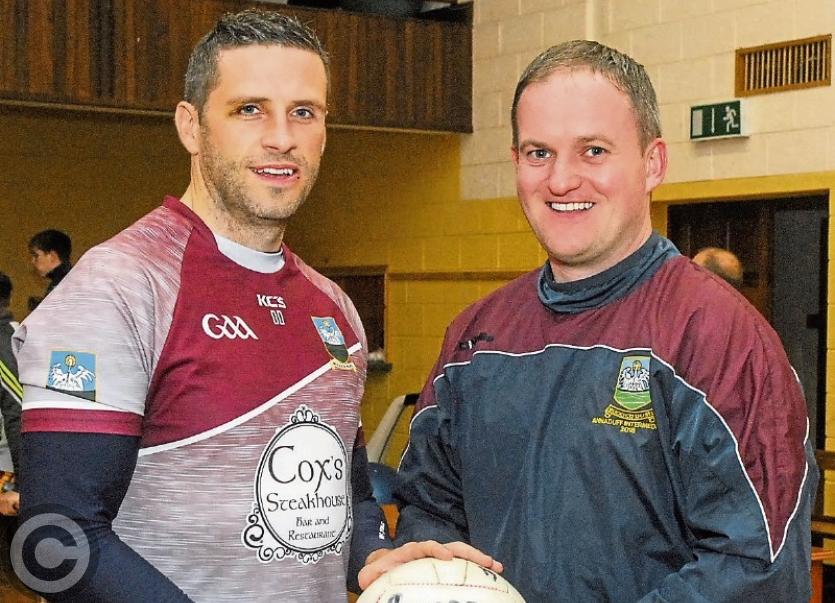 It doesn’t seem that long ago but incredibly it is now 14 years since Annaduff climbed to the pinnacle of Leitrim club football. And team captain David Duignan is urging his team-mates to savour every moment of next Sunday’s Smith Monumentals Intermediate Championship Final.

One of four survivors from Annaduff’s historic 2004 Championship winning team, David’s response to the question of what he might tell his young team ahead of next Sunday’s meeting with Fenagh St. Caillin’s is succinct - “Just enjoy it - that’s the main thing.

“Going back to 2004, the main thing that I remember is just the enjoyment, especially the final whistle, to see the crowds running onto the pitch. 76 years was a long time waiting for a championship.

“I know it is an Intermediate championship but it could be a stepping stone for some of these guys, to give them a taste of what it could be like and maybe that is what is needed to drive them forward.

“The world has changed a lot since I was playing football back in 2004 to what it is now, there is lots of distractions, there is lots of stuff going on and maybe a little bit of a winning formula, a bit of hunger, a bit of enjoyment, it just might bring them on to other places they never thought they’d get to.

“So that would be my main thing, to embrace it, enjoy it. Hopefully, there will be a good crowd, a good day and it is where you want to be.”

“It is a bit surreal to be honest with you, after last year being relegated to be back in a County Final. A year is a long time - this time last year, we were devastated when we were relegated and to be back now in an Intermediate Final, there is a nice buzz around the place and there is definitely a zip in the lads.

“It's enjoyable, it is good to be winning games and see younger lads coming on and progressing. The last few years we have been in relegation finals and semi-finals, we were just trying to stay Senior, which a lot of rural clubs are doing at the moment, and to be honest with you, depending on what happens on Sunday, we might say it was the best thing that ever happened to us to go down for one year and go back up.”

The shock of relegation forced a lot of home truths in the Annaduff dressing room - “To be honest, I was more disappointed for Derek Cox. It is very hard to manage your own club and I felt a lot of the lads didn’t give Derek the respect, the time or the effort he deserved and getting relegated was the icing on the cake for him and he walked.

“We had a meeting last December and I threw it out there that it is up to the younger lads, ye have to drive it on, the likes of myself and Ray Cox can’t drive it on for you. We took a decision to get Karl Foley on board and we’ll see where it takes us.

“We're back since January 5, it has been a long year so far but it has been very enjoyable. Obviously now I’m happy I came back but I was always coming back for one last year just to see if we can get back up.

“If we didn’t, I felt we could be in Intermediate for a few years and if we do progress on Sunday, it would be a great return to Senior football.”

A return to Senior football would be huge but David knows the size of the task facing his team - “I haven’t seen much of them at all this year, they were playing after us down in Ballinamore but I had to go away but from all accounts, they played very well. They have some very nice young footballers, county footballers, good fast running young team and a Division 1 team as well.”

“I think it does come down to on the day whoever is the more relaxed, whoever wants it more. I know it is a cliche but Finals are a different breed of a thing altogether. Fellas can just freeze on the occasion, other lads can just lap it up and just drive it. That is what it is all about.

“I really do think that depending on the day, whoever turns up, plays a bit of football and whoever wants it more will come out on top.”