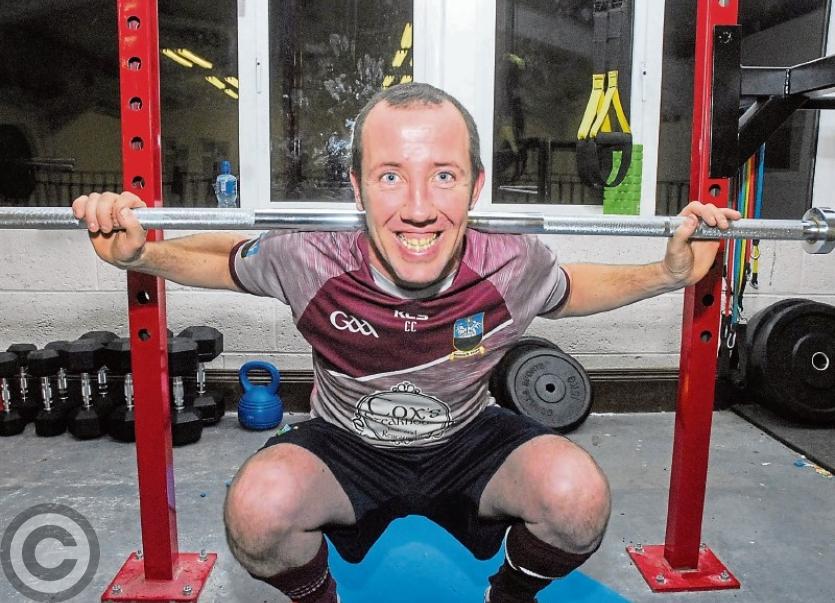 Colm Cox in action in the weight room - Colm is one of Annaduff's more experienced players. Photo by Willie Donnellan

It may be a team game but Annaduff manager Karl Foley has no hesitation in highlighting the importance of veterans Ray Cox and captain David Duignan to his team’s hopes next Sunday.

Asked about their impact, Karl simply said “They’re vital” before going on to detail the efforts he made to ensure former County star Ray Cox returned to the fold - “At the start of the year, I had to call up to Ray three or four times to convince him to come back out.”

As for his captain, Karl speaks of his admiration for David Duignan’s contribution to Annaduff’s run to the Final - “To be honest, David was the first guy who met with me and he was all gung-ho, he was all on for it. A fabulous guy, he looks after himself so well, David to me epitomises what this club is all about and his drive, determination and his hunger, it is never found wanting. “I’m delighted for him, he has had a fantastic year, he had a bad year last year with injuries but he has really come to the fore this year. He is our captain, he was always going to be my captain.

“Alex Ferguson talks about Ryan Giggs and the influence he had as a player and I see the exact same thing with David, he is a born leader and I’m delighted to have got the opportunity to work with David and Ray.”

Karl was actually involved in last year's Intermediate Final as well but with Leitrim Gaels and he is sorry he isn't facing old friends next Sunday - “Last year, I enjoyed it immensely working with the Leitrim Gaels lads, very disappointed they didn’t get into the Final this year, it would have been a surreal experience. Those lads are very disappointed but they will be back next year.”