Intermediate grade is the most exciting Championship 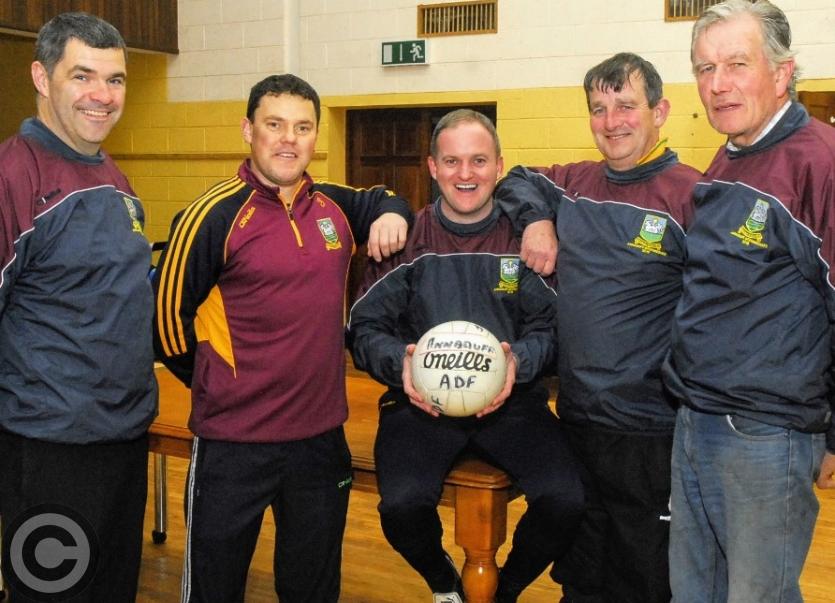 The first thing that strikes you about Karl Foley is his sheer enthusiasm for Gaelic games and from talking to Annaduff players, it is apparent that this enthusiasm is infectious ahead of next Sunday’s Smith Monumentals Intermediate Championship Final.

The Annaduff manager didn’t try to downplay the significance of the game or play up the opposition or any of the usual managerial tricks but there is no doubting his sincerity and enthusiasm for the task at hand - taking on Fenagh St. Caillin’s in the Final.

“To me the Intermediate Championship is the most exciting championship whether it is in Leitrim, Roscommon, Galway, Dublin or Mayo,” Karl told the Observer when we visited Annaduff training, “I think the standard is very much the same.

“Any one of four, six, eight teams can win the Intermediate championship whereas at Senior, you often see the top two or three are the teams that are always going to progress. Every couple of years you might get an upset but I enjoy the Intermediate Championship so much because everyone is battling on an even keel.

“And to me it is the most exciting championship in Leitrim because if you were to say at the start of the year who was going to do well, you couldn’t really say who is going to win it.”

The former Roscommon Minor manager might be excited for the challenge ahead but he is very much aware of what his Annaduff team face in Fenagh St. Caillin’s - “You do have to look at form throughout the year and Fenagh definitely have the form and they are definitely favourites for the championship and rightly so.

“The fact that they’ve stood up to the test with the big boys in Division One, we play Division 2, they are well worthy favourites and we’ve a hell of a lot of work to do to get over Fenagh on Sunday.

Reading that you might be tempted to throw in the towel if you are an Annaduff footballer but Karl is full of belief in his team’s own ability - “Our guys mightn’t have too many county footballers but what we do have is good honest footballers, lads who will give it everything. Every game we go out seems to be a school day for us but we seem to be learning, hopefully we are getting better and hopefully we will be ready for the test Fenagh present against us.”

Karl also paid tribute to the work put in by the Annaduff club and the officials who have supported him - “Any manager needs good support around him and I’m delighted to have lads that are involved with the clubs for years and have experience of working with the players before, they’ve been a brilliant help.

“Anything I’ve looked for from the club, the club have given me, I couldn’t ask for anything more, the club have been fantastic. The selectors Padraig, Michael, Terry and Pat have been brilliant and even Darren there, 13 years of age, gathers footballs for us, sets out drills.

“A word of thanks to those guys, they have been brilliant and hopefully they will do the business. The work that Bord na nOg do is fantastic and I see that every evening when I come to training when you see young lads coming off the field and the numbers that are here.

“They are a very proud club, I’m living myself for the last 12 years in the parish and I’m delighted to be involved with them.

As for a prediction, Karl knows the mountain Annaduff have climbed in the last year but believes they can climb still further - “I’m always confident, I’m confident in my own ability as a manager, I’m confident in the player’s ability, I’ve seen what they are like all year. I knew coming into the club, I knew there was potential for these guys to reach a Final.

“It is just a year ago since Annaduff were relegated to Intermediate and it is very easy that it can gradually slide. The target was to progress again and try and get these lads back and back in senior football.

“In fairness we had small targets throughout the year and we’ve hit them. Our overall goal is to get back to the Final and get back playing Senior football. You have to be confident, these guys will be ready but we know the threat that is coming against us and hopefully we will have everyone ready and fit and on the field and ready to go.”