Glenfarne/Kiltyclogher win a big lift for the community 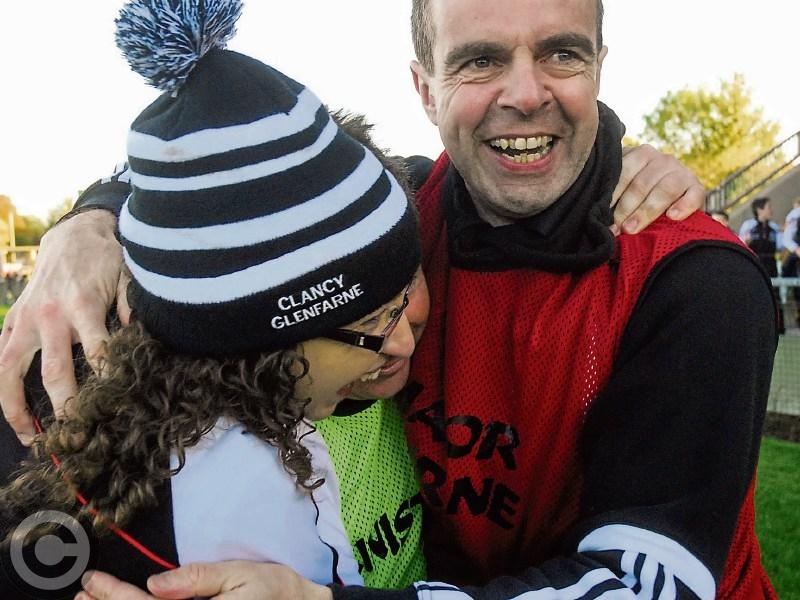 The full-time whistle at the end of last Saturday’s Junior Championship Final marked the beginning of the celebrations for everyone associated with Glenfarne/Kiltyclogher with manager Joe Keaney savouring every moment of their memorable victory.

Reflecting on what has been a turbulent few years for the club, Joe remarked “Everyone knows we have had it tough for the last couple of years, the last three or four years and it has been a while since we got any silverware too.

“There are a lot of lads here today that maybe got no luck but the club deserves it. They worked really hard to get ourselves back to where we are.”

Joe also paid tribute to Glenfarne/Kilty's loyal supporters - “Last year we were going up to games with 13 players, we had more supporters at times they are absolutely class and this is for them.

“It’s a big lift for the community. The Glenfarne/Kiltyclogher community is very close and everything that is done, they all support each other. Since I have been playing and that is a long time, no matter what ground you go to there has always been at least 10 or 12 supporters even on a winter’s day at a league game. They really drive us on.”

While there was a feeling that Glenfarne/Kilty’s win was written in the stars, it was still a war of attrition that Glenfarne had to be ready for - “I think we were very composed against a very good Manorhamilton side we knew we had to play at our best, we couldn’t afford to be off it or we would have been beaten today. We have improved, we’ve evolved all year.

“Definitely at the beginning of the year, it was a struggle and even at the start of the championship we were struggling to beat second teams who maybe we should have been beating by a little bit more but with every game we got a little bit stronger and we started to build up the belief. I genuinely believed even before the game that our name was on the cup.”

Another bonus arising out of Saturday’s win is that Glenfarne/Kiltyclogher now advance to the Connacht Championship and it is something Joe is very much looking forward to.

“We have one more game at least and it is nice to look forward to something like that to represent the county and it is a new experience, we haven’t done it in 27 years and I think we are away to the Sligo champions.

“It will be interesting and I fancy our chances, we have a nice strong side with a bit of youth and a lot of experience. If we can stick together over the next few weeks we might give it a wee rattle.”