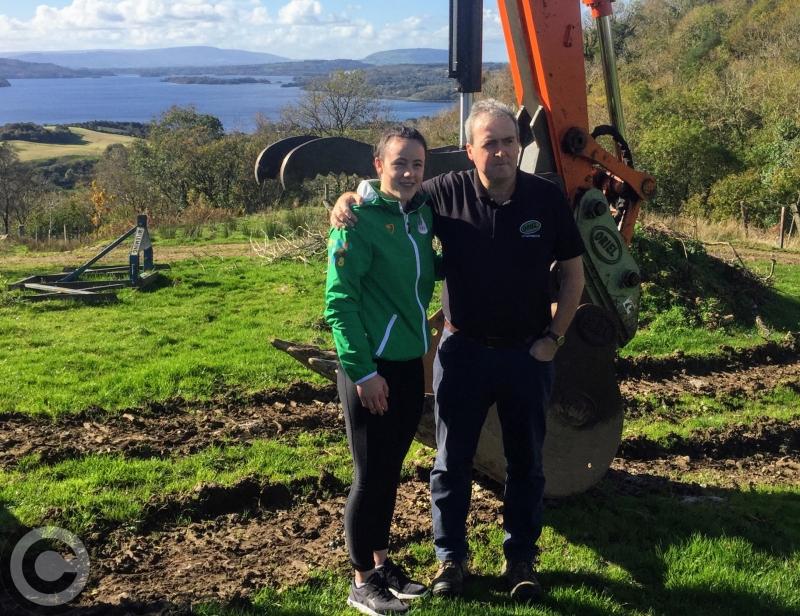 An extraordinary year for Déarbhla Rooney continues as the Sean McDermott fighter steps into the ring at the Oceania Pavillion in the early hours of Monday morning at the Youth Olympic Games in Buenos Aires, Argentina.

Having won silver last April at the Europeans in Italy and competed at the World Championships in Budapest in August, Déarbhla could be in action early on Monday morning in the Women’s Featherweight contest.

With just seven fighters entered and two very familiar foes for Déarbhla, the competition will feature three quarter-finals bouts which will be held just after midnight Irish time on Sunday night/Monday morning. The winners will face semi-finals on Tuesday October 16, with the Final on Thursday October 18.

If Déarbhla does not get a bye to the semi-final and is drawn in the Quarter-Finals, the bouts at scheduled for 12 midnight, 12.15 am and 12.30 am, meaning a late night for Leitrim sports fans.

There could be an element of revenge too for Déarbhla as Slovakia’s Jessica Triebelova, who defeated the Mullies girl in the European Final in April, and Thailand’s Panpatchara Somnuek, who defeated her in the World Finals, are both among the seven entries.

The Manorhamilton fighter will be hoping for better fortune than she had at the World Championships where her first round bout against Thailand’s Somnuek was moved forward by two days and with less than 24 hours notice, disrupting Déarbhla’s meticulous planned preparations.

Déarbhla is pictured overlooking the lake isle of innisfree with her main sponsor Bart Cunnigham CEO of Oriel Flues. Déarbhla wishes to thank all the people and local businesses that have supported her over the last year as she sets out to bring back an Olympic medal to Leitrim.

l The Leitrim Observer wishes Déarbhla all the best in her bouts at the Youth World Olympics.