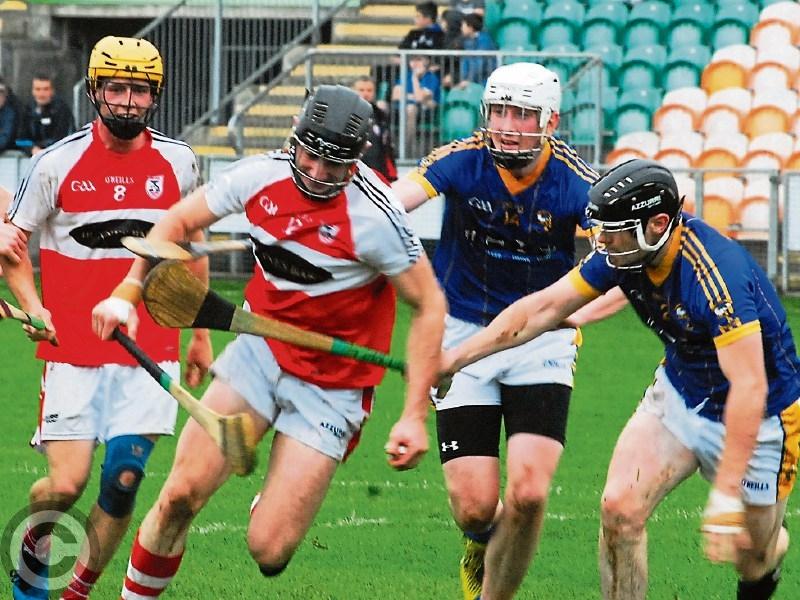 Reigning champions they may be but Carrick-on-Shannon need no reminders of the danger posed by Cluainin in Saturday’s exciting Leitrim Senior Hurling Championship Final.

As Mohill discovered last Sunday, favourites tag means nothing and as Carrick-on-Shannon seek to win back to back titles for the first time since 2010 against Cluainin in Ballinamore on Saturday (2pm throw-in), nothing in sport is guaranteed.

Cluainin have upset fancied Carrick teams with stunning regularity and it is when the Carrick men are most favoured that the north Leitrim men seem to revel most in upsetting the odds.

Indeed the last ten years has been the most democratic in Leitrim’s hurling history with all four clubs claiming titles at one stage or another - Gortletteragh in 2011 and Ballinamore in 2015 with Cluainin claiming three titles to two for Carrick.

And that is why the fact that only two clubs contested this year’s Championship is so demoralising - Gortletteragh have fallen completely by the wayside with their best players Conor Beirne, Cathal McCrann and Kevin McGrath now in the Carrick colours.

Ballinamore were unable to field this year, highlighting the contract between the sight of Leitrim teams on a cusp of a breakthrough at county level while the club game is going through something of a fallow period at adult level.

That won’t matter a whit to Carrick or Cluainin who have kept the game going against odds that many of the county’s football clubs can’t appreciate. The fact too that the rivalry between the clubs is every bit as hot as anything in the club football scene also adds to the occasion.

Both clubs have been promoting underage hurling extensively and Carrick-on-Shannon have certainly enjoyed some great success as even this week, they contest the Roscommon League Final at U14 level.

The bad news for Cluainin is that the first of those talented players coming through the ranks are beginning to show up on the Carrick Senior team. Look at the Leitrim teams who have contested and won the All-Ireland U16 C Hurling Championship in recent years, 14 or 15 players come from the Carrick club.

So a strong physical team who already boast three Moreton brothers down the centre and accomplished veterans in James Glancy, Clement Cunniffe and Vinny McDermott, allied with the influx of Conor Beirne, Kevin McGrath and Cathal McCrann, is only getting stronger.

Add to that, County keeper Declan Molloy has also joined the Carrick men and their last line of defence has gotten even stronger.

Truth be told, Carrick’s ambitions should be higher and with their firepower & ability, a tilt at a first Connacht Junior tile has to be a realistic target. To do that, they must first get over a Cluainin side who will revel in the idea of scuppering any Connacht ambitions Carrick might secretly have.

The north Leitrim men are ferocious battlers and on the Leitrim team that contested this year’s Division 3B Final, Karl McDermott, Gavin O’Hagan, Declan Ryan, Niall McLoughlin and Kevin Clerkin were all prominent players.

That gives Cluainin an equally strong base to build upon and when you have players like Peter Poniard, County footballer James Rooney and Patrick Clancy and the north Leitrim men have the firepower to cause another major upset in a Leitrim Senior Final.

But when push comes to shove, you have to expect the strength in depth and all round firepower of the Carrick men will carry the day.