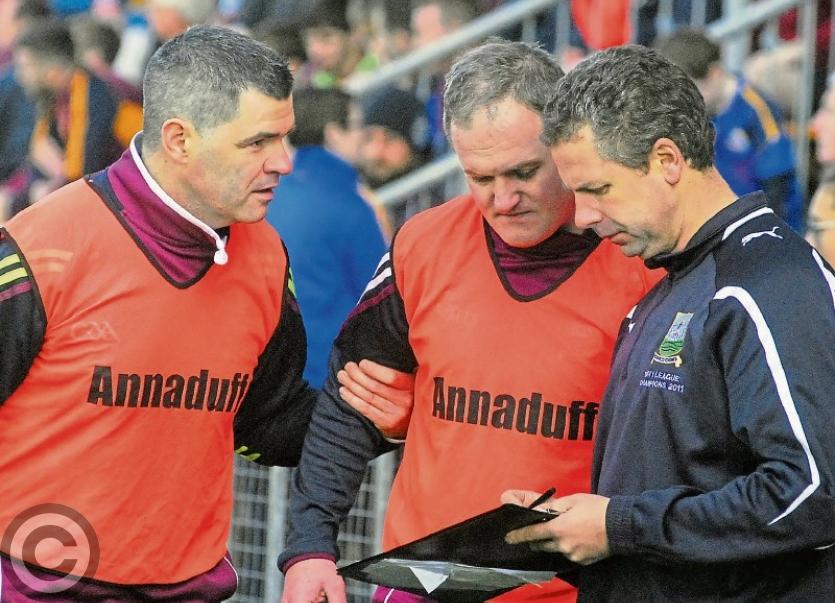 You can never underestimate the drama of sport, something never clearer than last Sunday at the end of a dramatic Smith Monumentals Intermediate Championship Final.

Annaduff fans might be delighted with having fought back for a draw now but just seconds before Sean McNabola’s equaliser, they were in a state of despair when a great chance of a levelling free was taken quickly and the ball lost!

Those are the sort of moments that can make or break a team and Annaduff manager Karl Foley knew just how close his team had come to disaster before snatching a draw - “I tell you one thing it would have been a cruel way to lose it when we had the opportunity in front of goals to level it.

“Obviously I was going absolutely mad on the sideline when we took it short and that lack of composure at the end, lads heads seemed to go but I’m delighted we got another opportunity to put it over because it would have been a really cruel, cruel blow to take at the very end with such an easy opportunity.”

And Karl paid tribute to freetaker Sean McNabola who converted a pressure kick on a day when many frees were missed - “Sean was excellent but Sean has that in his pocket and at times during the year, he hasn’t done it as much I would like him to do it but Sean McNabola is a fabulous footballer.

“He is a quiet lad but he has nerves of steel and I had absolutely no doubt when he went to hit that ball that he was going to put it over the bar.”

But mostly Karl’s reaction was that of disappointment - disappointment that his team didn’t display their true colours - “Very difficult, very, very difficult. A game I thought we had the potential to really have a go at Fenagh today but nerves seemed to kick in and we just weren’t able to put them away in the first half in particular.

“A lot of missed chances, a lack of composure I suppose but we’ll take it on board, we’ll try and learn from it and drive on for next week.”

Turning the ball over cheaply is something that is obviously going to be highlighted in the Annaduff dressing room this week if Karl’s comments are anything to go by - “It is our turnovers, our turnovers. When we are in possession, to lose ball cheaply is a cardinal sin and it is something I’ve been working on a lot with these lads.

“Our biggest thing is to try and work on turnovers and if we can minimise the amount of ball we are turning over, we’ll obviously create better chances. Lets not take it away from Fenagh - we knew they are a good outfit, we knew what they were going to bring to the table.

“But we had a lot of turnovers, particularly in front of goals, our composure in front of goals wasn’t what it should be or what we hoped it would be and that is the main thing we will take from this.”

Yet despite that, there is relief that Annaduff are still standing and Karl paid tribute to his players - “Very disappointed with the couple of turnovers that we conceded in the last few minutes but the boys never gave up, I knew these lads would never give up.

“They have a great mentality, they’ve been brilliant all year, never say die attitude and I couldn’t ask for anything more from them, they battled to the very end and they got their just reward and we’ve got another day out to try and prove ourselves next weekend.

And what is the main positive Karl will take from the game “Main thing I’m going to take is that we’re still here. We could have been gone, we’re not, we have another day out and we’ve just got to pick ourselves up and go at it next week and be sure that we’re a little bit better than we were today.”