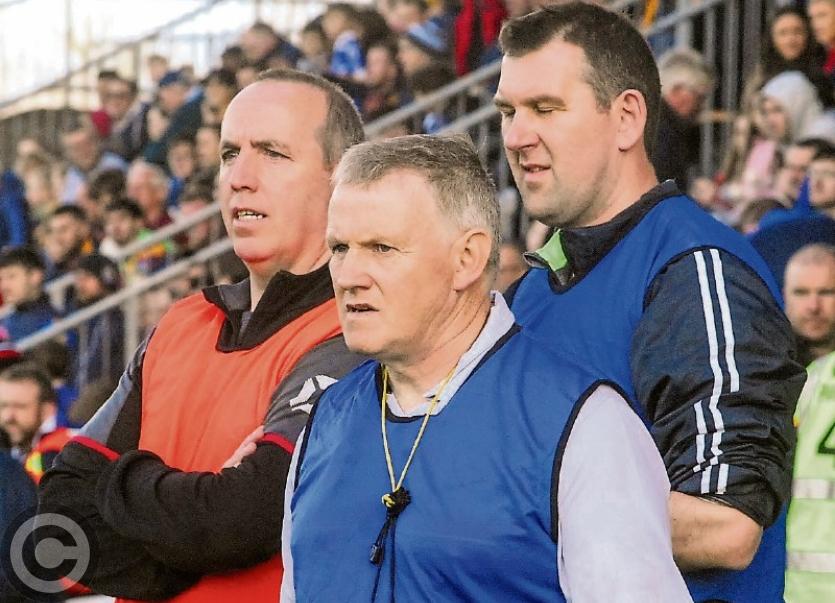 There is no doubting that Fenagh probably had the most disappointed reaction to the draw as they were leading by a point and missed two kickable frees in the closing stages to kill off the Annaduff challenge but Niall was taking the positives from Sunday’s drawn encounter.

Asked what Fenagh would take from the draw, Niall told the Observer “I’d say the main thing is that we’re not out of it, we’re still in the game, that’s the main thing we will be taking from it. It is like halftime in the game.”

Neither did the former Fenagh great believe that there will be disappointment in the camp with coming so close to victory only to miss a few chances to kill off the game and see Annaduff snatch a dramatic draw.

“Possibly, I wouldn’t say that. I thought the game throughout was just nervy, topsy turvy and there was never anything much in it, only a kick of the ball and that is what we expected really and that is what happened in the end and we’re happy to be still in it to be quite honest.”

And Niall believes that the experience of Sunday’s draw will stand to a young team in the replay - “It was everything we expected. Annaduff have been in the Senior Championship for years and they’re used to the big day and the big occasion and we have to learn to get used to that.

“We probably left ourselves a lot to do and we could have easily have lost that game going three or four points down in a County Final.”

Asked what Fenagh need to improve on for the replay, Niall believes there isn’t one big magic solution but rather a series of small improvements that, when added up, can carry Fenagh St. Caillin’s to the title - “I don’t know if there is anything in particular to improve on.

“We’ll probably look to deliver a more consistent performance over the hour because we left ourselves with a lot to do there.”

And he also saw a bright side for a young team playing in their first adult final - “In fairness, it might be settling for younger players to play another day, it mightn’t be as daunting to do it again.”