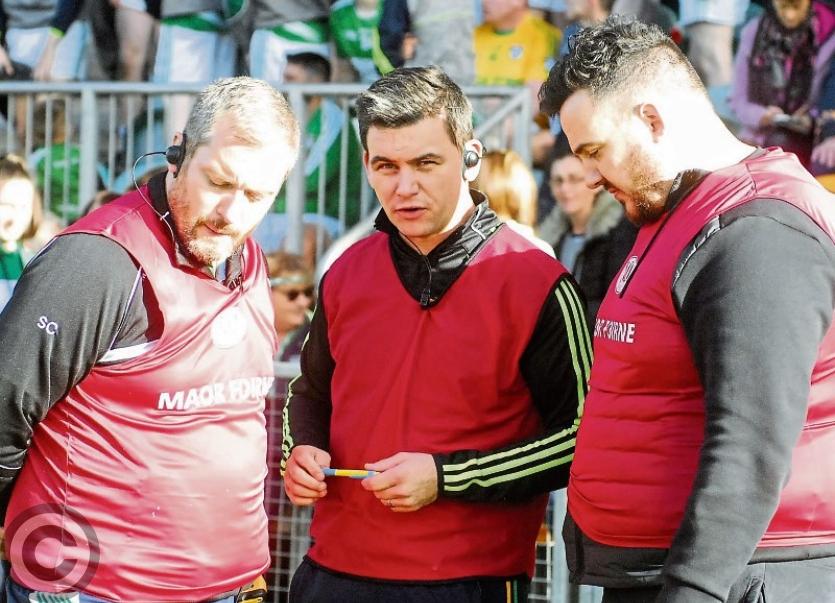 It was a sombre and deflated dressing room that Mohill occupied last Sunday evening as the contrast in the joy on the field for the celebrating Aughawillan players was in sharp focus with the silent Mohill players.

Manager Sean Kennedy graciously took time to talk to the Observer and while he highlighted his own team’s failure to get going, the Mohill boss was quick to pay tribute to the new champions.

“We’re never really got going,” Sean simply told the Observer, “We probably got a lucky enough goal in a sense and you take those of course. Not taking anything away from Aughawillan, the best team on the day certainly won but we feel we just didn’t turn up.”

Mohill found it impossible to replicate the hard running and quick incisive play that so demolished Glencar/Manorhamilton in the semi-finals and Sean credited that to Aughawillan’s game-plan - “No we didn’t and maybe something of that credit has to go to Aughawillan. They came with a plan and it certainly worked, we’re very disappointed because we had a plan and we didn’t go out and execute it.”

Neither did Sean take any solace in the notion that Mohill have a young team poised for greatness - “The talent is there and finals are to be won and nothing else is any good. Nobody will be remember in a couple of years who finished second or how you performed in semi-finals.

“We’re disappointed and the lads have to take that bit of hurt now, go away and use it over the winter and be ready for next year.”

Admitting that he would have gladly taken a draw, Sean was not one for clutching at straws - “That’s the bounce of a ball, we’d have taken a draw, we wanted to win and you take what you can. You can call it unlucky or whatever you want but we had the chances and we didn’t take them.”

Mohill had the chances to kill off the game - “We missed way too much and that is not like us. I don’t know if it was nerves or what it is on the day, I certainly don’t think it is because lads have the experience of being here before.

“A lot of credit has to go to Aughawillan, they set up well, they defended well and they caught us on the break too many times.”

Looking to the future, Sean urged Mohill’s young team to stick together and to use the hurt from losing the Final to drive them on - “They’re extremely disappointed, they’re very young. Some of them have hurt from before, some of them have three championships and the young fellows now need to step up as well and go again.

“The Club, for the first time in our history, we don’t have any young lads coming up from U17 next year so that group needs to stay together and we need to get the Ronan Gallaghers, the Darren McLoughlins and a couple of lads back.

“There is lots of talent there, there is no question about that, it is now about hunger and desire, if they really want to go and win another one.”