Victory is sweeter than 2016 for Aughawillan manager Tommy McCormack 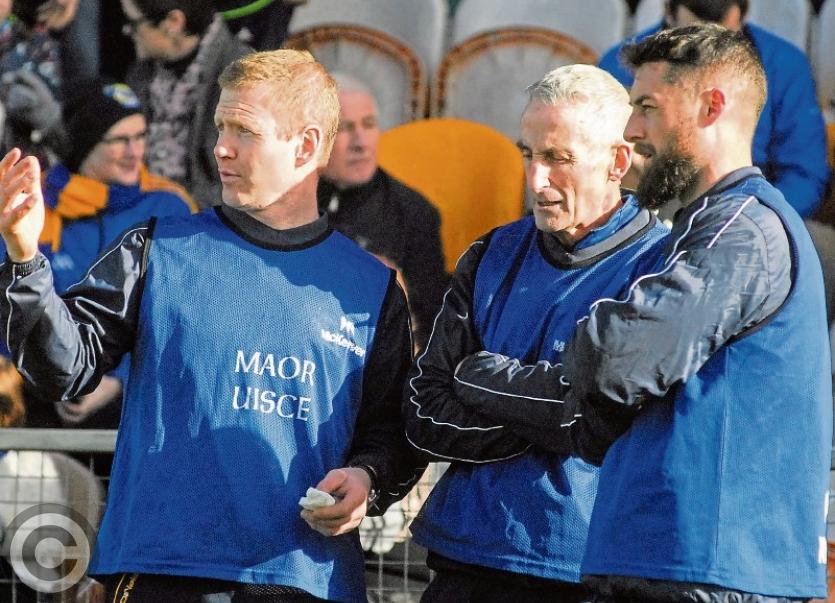 If there was one man, only one man, staying calm amidst all the excitement, roaring and shouting, it was definitely Tommy McCormack. But even the Aughawillan manager admitted to feeling the pressure in the final minutes on Sunday.

“I don’t know do we ever get used to it, no matter how long you’re around,” said Tommy when asked by the Observer how he dealt with the tension in the closing minutes but then added, “We’ve been so used to close encounters over the years and it is anybody’s game until the final whistle goes and thankfully today it was ours.”

If there was nerves, there was also an appreciation from Tommy that victory last Sunday was even sweeter than his first with Aughawillan two years ago - “It definitely is sweeter. Last year we struggled big time with injuries, this year our problem was emigration.

“In actual fact, two of them only came on the Thursday before the first round of the championship and with nothing done, we didn’t know the fitness level or anything so we’re after compacting a lot into a short space of time.

“I was talking to a very experienced player here in Aughawillan in Mickey Quinn and Mickey maintains it was probably one of the greatest Aughawillan results of all time, down through the years.”

Winning the way they won it brought a lot of pleasure to the Aughawillan manager who felt that his charges took a long time to overcome Ronan Gordon’s first half goal - “I suppose to sneak it in the last couple of minutes, a game that hung in the balance for so long, there was virtually only a point or two between us at any time.

“The goal early on was a major, major score because it took us so long to get into that score - what I mean by that was to get in, they were always the 1-7 to 7, 1-9 to 9, but whenever we started to dig into that goal, we felt a realistic chance that we could win that game.”

Neither did Tommy claim any great skills in releasing Sean Flanagan off the bench when he did - “Sean is a great player and unfortunately Sean picked up an injury against Melvin Gaels and the fitness level would be a little bit suspect to go for an hour.

“But we knew with 20 minutes to go that and we had to sacrifice Stephen Gilheany to get Sean in there. Stephen was doing pretty ok, but we knew Sean's aerial power and physical strength could cause problems.”

When Mark Plunkett pounced for the final score in added time, Tommy felt he could finally relax with victory almost secure - “That was a great score with time up and into injury time. That was a kind of a salvation score that we didn’t concede a score and if we didn’t concede a goal at that stage, we were always going to win it.”