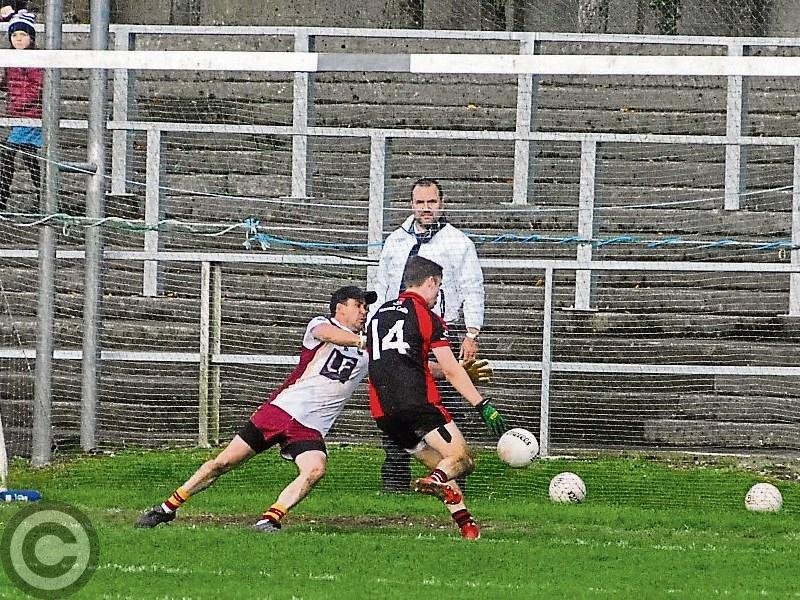 Fenagh St Caillin's captain Ryan O'Rourke was a proud man as he lifted the Frank Reynolds Memorial Cup on behalf of his teammates and the entire Fenagh community.

Speaking moments afterwards Ryan acknowledged all connected with the Fenagh team knew a significant improvement from the drawn game was required if they were to emerge victorious.

Ryan kicked six points in the drawn game but will be the first to admit his tally should have been even greater.

“After the first day we were very disappointed. It felt like a loss to be honest but we knew ourselves we didn’t play near what we could have. We only played about 50-60%,” was the captain's honest reflection when looking back on the drawn encounter.

“We were a bit flat on the day. I think the occasion probably got to a couple of lads, we are a young enough team.”

In fact Ryan, 20, was honest enough to admit that he was one of the performers who needed to improve if Fenagh were to claim their first Intermediate Championship title since 1974.

“I was a bit flat last week. I was probably one of the boys that didn’t do enough and today we just completely focussed on the ball and getting scores on the board. I had to put in a big shift today.”

While they knew there was room for improvement, negative thoughts were erased from the minds of the Fenagh players with Ryan revealing he and his team mates knew if they played to their full potential they were good enough to secure victory.

“Today we put all that behind us and just focused on the game and thankfully we played better. We did leave it behind us in ways, we weren’t clinical enough in the end but we knew that we didn't play well enough.

“We knew that if we brought our ‘A’ game that we could get over the line. That’s what we were focussing on, bringing our best performance.

Ryan finished the game with an incredible personal haul of 2-9 and he acknowledged the importance of the opening goal - “We didn't have a great start to the first half. We went a couple of points down and thankfully we brought it back and we knew we couldn’t afford a bad start again. We focussed on getting a good start to the second half and that goal really was a springboard forward for us.”