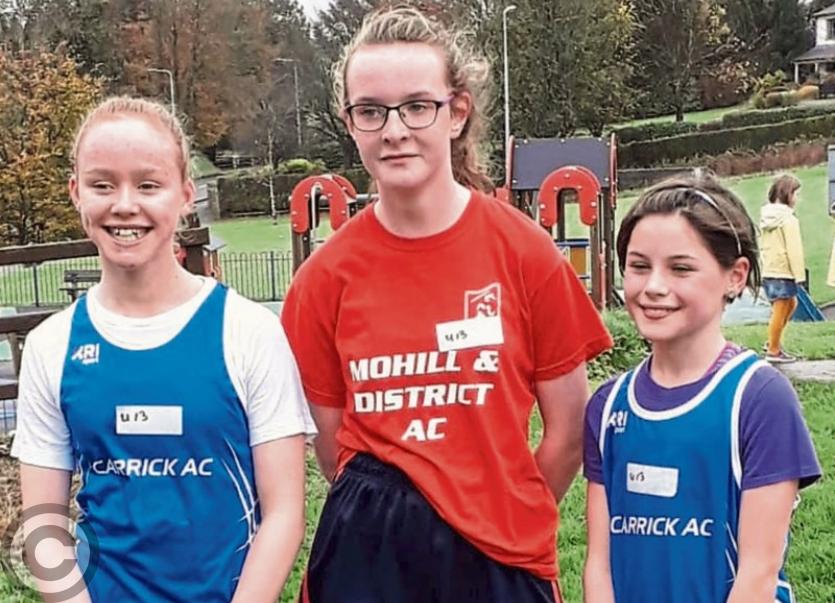 Two Leitrim runners could be in line for an international call up after the trials for the Irish team for this November's British & Irish Masters Cross-country Championships.

Running in the trial at the National Sports Campus in Abbottstown, Dublin last Sunday, Kinlough's Teresa McGloin ran a superb time of 21.02 to win the Masters race by 96 seconds, win the M40 category and take eighth place overall across the line.

That should be more than enough for the Finn Valley AC clubwoman to claim a spot on the Irish team that will take on the British team at the annual British & Irish Cross-country Championships in Swansea on Sunday, November 17.

Teresa could be joined on the Irish team by Carrick AC's Michelle Lannon who ran a superb time of 23.37 to take second place in the M45 category behind Jackie Carty and 19th place overall in the Masters category.

It means that Lannon, who lives in Boyle, could be donning the Irish vest next month in a huge breakthrough performance.

There was some competition at the sparsely attended Leitrim Club Cross-country Championships in Ballinamore last Saturday.

There were individual wins for Mohill, Ballinamore, North Leitrim and Carrick-on-Shannon on the fast course at St. Felim's College in Ballinamore.

The following are the results from Saturday's races:

As runners all around the county gear up for next Sunday's Dublin City Marathon, there was Leitrim interest in the prestigious Amsterdam Marathon last Sunday morning.

Next Sunday will see Ballinamore AC's Colin Griffin in action in Dublin City Marathon as he aims to build upon his new half-marathon personal best set a few weeks ago while Carrick AC's Clive Glancy will don the Irish singlet once more in the European Police Championships Marathon, which is being held in conjunction with the Dublin race. Both athletes will be looking to set new pbs over the demanding course.