Can’t fault any of the lads, they gave 100% says Cluainin's Mark Boyle 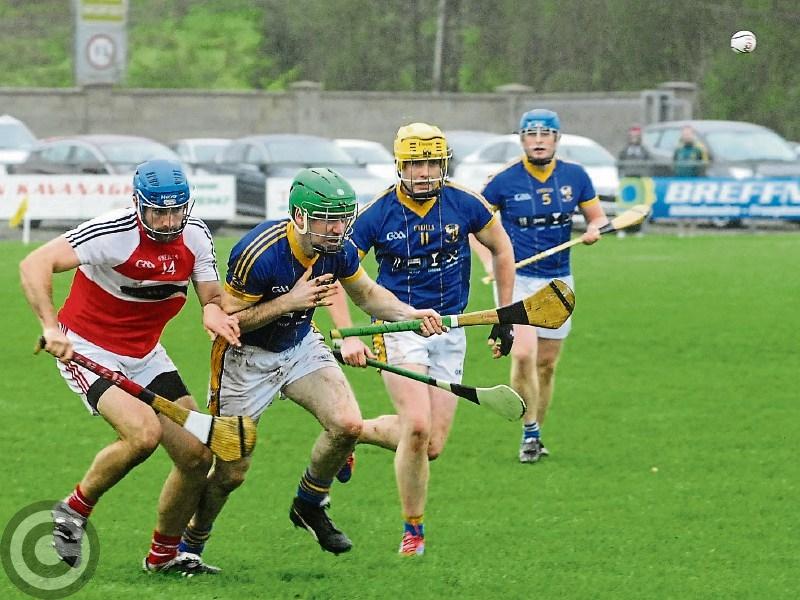 Cluainin players may have been grappling with the thought they have had a Senior Championship behind them last Saturday but manager Mark Boyle was full of praise of his team.

Speaking to the Observer after their loss, Mark said “We brought serious intensity to the game, a few mistakes but when there is pressure on you, mistakes can happen, it is not like the lads weren’t trying.”

Certainly their manager felt Cluainin were in a good position at halftime to push on and take the game to the champions - “I really thought at halftime that we were driving into them, we got that score and I just think we needed to get a couple of more scores early in the second half.

“We went out at the start and I said this game is going to be a game of six points to five, somebody is going to win it like that and in the end, it was the two goals that were the difference.

While he felt that both goals were self inflicted, Mark didn't blame any of the players or keeper Ethan Clancy - “Ethan knows himself, the skittery ball but that can happen and it is up to the lads to rise it again themselves.

“The second, a hook or a block out here, a turnover - how often do you see that in games? It is usually a mistake but again it was serious pressure by Carrick. We put pressure on them and the goalie made a couple of great saves.”

Yet Mark was quick to praise his players - “But I can’t fault any of the lads, they gave 100%, they’ve been going all year and we’ve never played as many games between the Leitrim League and the Sligo League so that is what it is all about. Games is what the lads need to keep hurling alive in Leitrim.”

And Mark pinpointed Carrick’s experience and strength down the middle as key to the victory - “Credit to them all, it was a fantastic display but Carrick had that little bit of nous, as we call it, that little bit of physicality and they were very good under the high ball.

“That is the way it goes in these tight games, a fantastic advertisement for hurling in Leitrim, a damp auld day and everybody gave it their all. To me a hook or a block or a tackle is as good as a point and I can’t fault any of the lads, we’re working off a small base, we’ll just keep going.”