Stephen Goldrick is named Man of the Match 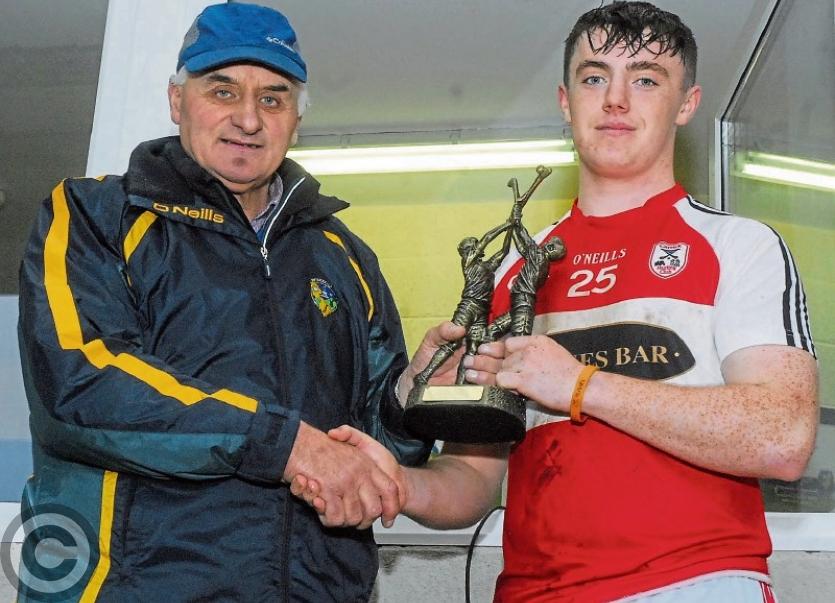 Stephen Goldrick is presented with the Man of the match award by Martin Cunniffe. Photo by Willie Donnellan

After dream debut that saw him score two goals to claim the Man of the Match award, Stephen Goldrick was taking everything it all in his stride - “I normally play in the backs and forwards is different but it is tough going up there so it is. The first goal was a bit lucky and I got the second one. I hit it down low and the rain helped a bit as it spun off the hurley and went into the net, thank God it went in.”

The Leitrim Gaels clubman was delighted to get the win - “The last few years, there has only been a puck of the ball between the teams and thankfully we came out the right side. A tough game but at least we came through. Not a game for forwards, the ball when it came in was sticking on the floor and it was hard to get it up but that is part and parcel of it.”

Stephen also paid tribute to the late Paddy Phelan who nurtured underage hurling in the Carrick-on-Shannon for many, many years.