A Healthy Club is a happy club

Health is a participatory sport that should be fun and rewarding. It is not a competition 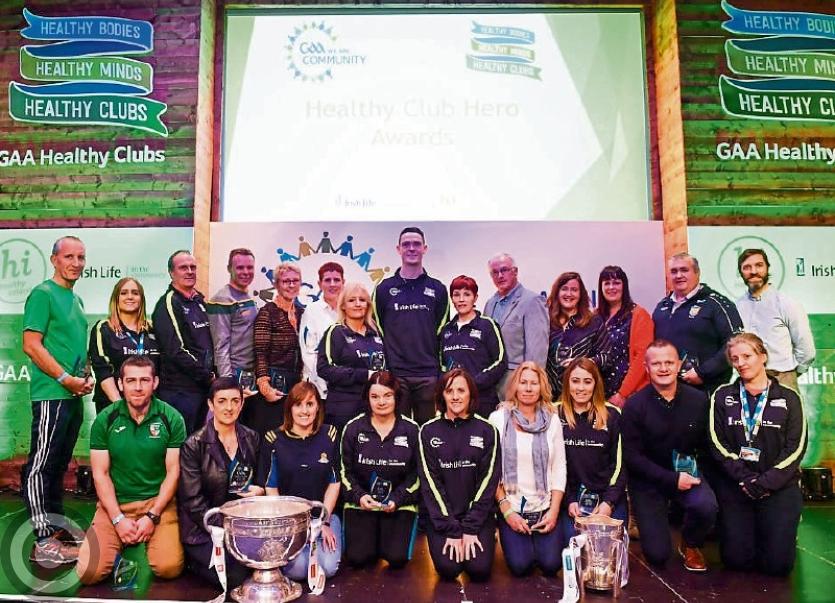 Living in student squalor in 1994 in the upstairs of a Georgian building on Richmond Street, Dublin 2, we band of seven brothers decided something was required to fire up our maternal side.

We certainly weren’t mothering ourselves. At times our two-bedroom hovel resembled the decrepit flat called home by Withnail and I in Bruce Robinson’s eponymous cult movie classic.

While we never resorted to smothering ourselves with deep heat to fend off the cold, we did at times run the risk of creating new life in the kitchen sink as aging food particles and strange organisms intermingled. The thoughts.

Goldfish were decided upon to give our lives meaning and purpose. The pet shop next door, long since gone, was reminiscent of the establishment in which Mogwai was bought; he of Gremlins notoriety. Two fine specimens were selected after very little deliberation.

The words of the old shop owner as we departed his store have stayed with me ever since. ‘A hungry fish is a happy fish, and a happy fish is a healthy fish,’ he sagely offered.

Neptune died within days. Not from over-feeding I can assure you. But Lucile lived happily (hungrily anyway) for many years.

The phrase returned to me on World Mental Health Day 2018 as I laughed loudly as James Patrice stole the show at the St. Sylvester’s GAA Healthy Club launch in Malahide.

I’m often asked to describe in a sentence what the Healthy Club project is all about. I usually try to draw on my previous life as a journalist to come up with a fancy definition that ticks all the boxes about sport, and health, and life, and community, and wellbeing. Then it came to me. A healthy club is a happy club and a happy club is a healthy club. The hungry bit is superfluous. Nobody likes a hungry club.

The night had already featured fascinating contributions from Carmel Logan (partner in KPMG, wife and mother of two youngsters, and coach in the club’s nursery section) and Nicole Owens, All Ireland winner with Dublin senior ladies and mental health advocate. They touched on everything from work life balance and the pressures of performance on and off the field to inner happiness as opposed to perceived external success and all its trappings.

The audience was riveted. Where, I wondered, was James going to take things. I hadn’t heard of James before (he would say the same of me, no doubt) I don’t do Snapchat (he was being promoted as a Snapchat star on the night’s promotional material). I’ve since been informed that James is an ‘influencer’. He certainly had a positive influence on me.

From the bat, he just spoke from the heart and stole everyone else’s. He admitted sport wasn’t his thing, and that the extent of his engagement with the club in his youth was attending bingo in the hall with his mother. Despite this, he noted, the club offered great support for the local boy during his appearance on Operation Transformation which resulted in significant and sustained weight loss.

The place was in stitches as he walked us through his life and times, telling tales of highs and lows, familiar to any GAA club and member, but in a very non-traditional GAA way, if you know what I mean. I’ve heard many inspirational speeches in a GAA clubs and changing rooms but this was the first time I’d ever heard Dolly Parton evoked. ‘You can’t have a rainbow without a bit of rain,’ James observed as he channelled his inner Dolly, recalling how some ill-health finally provided sufficient time for reflection to set him on a career path that he loves. Ahem to that.

He was a breath of fresh air and his message to follow one’s passions rung true to the diverse audience. His fashion tips also went down a storm. Top tip for time management: always prepare your outfit the night before. My wife whole-heartedly concurred when I was later filling her in on the night. ‘Now that sounds like the sort of GAA event I would attend,’ she noted.

And that was the point. St. Sylvester’s Healthy Club project – and the Healthy Club project in general – seeks to engage anyone and everyone. It aspires to broaden the traditional boundaries of a GAA club and open it to the community. Being born in your club or county jersey is not a pre-requisite.

Wanting to contribute and be part of a community that looks out for one another, is. The Healthy Club project also seeks to reimagine health in a sports club setting. Health is a participatory sport that should be fun and rewarding. It is not a competition.

It offers ordinary people with great things to offer their community the opportunity to do just that. Barbara Conlon is the Healthy Club project leader in St. Sylvester’s.

She had no prior involvement in the club until a work colleague, Jackie Blanchfield, who leads up the Thomas Davis Healthy Club, told her about the project. Armed with a friend, Sarahann Potts, Barbara proposed to the St. Sylvester’s club executive that they sign up for Phase 3 back in January.

As is often that case in GAA clubs, they were trying to persuade a committee of men or a certain age that the club try something a little bit different; something beyond just playing Gaelic football and hurling. To their credit, the executive saw the potential and their enthusiasm and backed their proposal.

The rest, as they say, is history. With a dynamic Healthy Club project team driving their work, St. Sylvester’s has many exciting plans for the winter including a four-week stress control programme open to the community.

This quiet revolution isn’t happening just in Malahide. 150 clubs, supported by their County Health & Wellbeing Committees, are participating in the Healthy Club project, multiples in each of the 32 counties.

Good health doesn’t happen in a vacuum. It occurs when people are supported and empowered in striving towards balance across all elements of their wellbeing – be it emotional, physical, social, or spiritual. Perfect balance doesn’t exist, not on this sphere anyway.

Stand with your feet shoulder width apart and close your eyes. Feel your body make countless micro adjustments just to remain in one place. That reflects what is required to achieve balance in everyday life too. It’s a constant juggle.

But with solid foundations and support we can get there. And when, on occasions, we inevitably fall over, a helping hand and a shoulder to lean on can help us get back on our feet.

On Saturday, October 20, 400 delegates attended the GAA Healthy Club Conference in Croke Park. Shane Martin, a psychologist that focuses on the positive elements of our mental health, delivered a keynote address on the link between happiness and health. It received only the second spontaneous standing ovation I have ever witnessed at an event in Croke Park.

The other was when Tipperary’s Noel McGrath entered the fray in the 2015 All Ireland semi-final against Galway. Just four months previously, the Loughmore clubman underwent surgery for testicular cancer and this was his return to inter-county action. Incidentally, Noel was in the audience at the conference in his capacity as a member of the GAA’s national Health & Wellbeing Committee.

While Noel went on to hit a point in that semi-final that momentarily looked like it could send Tipperary into the All Ireland final, Shane Martin’s address hit a perfect note with the audience: focus on the positive, understand what makes you healthy and happy, and do those things every day.

Following a day of fascinating workshops the conference ended with 24 Healthy Club heroes receiving awards for going above and beyond the call of duty is service for their clubs and communities. Melvin Gaels’ treasurer and Healthy Club project leader, Katherine Williams, was amongst the recipients and it was a pleasure to see my fellow club member honoured by her peers.

Every club has a Katherine. Some, if they are lucky, have a few. But we don’t thank them regularly enough. It’s the same in our daily lives. We all have family and friends we couldn’t get by without. Make an effort, this week, to let them know how much you appreciate them. It might just make their day, and yours.

The GAA Healthy Club project commenced in 2013 with just 16 clubs participating, four from each province. It is run in partnership with Healthy Ireland, the HSE, and the National Office for Suicide Prevention, and is proudly supported by Irish Life. Phase 3 currently engages 150 clubs and will run until November 2019. Phase 4 will open to new interested clubs in January 2020 but training is currently available to any clubs interested in getting involved. Contact the Leitrim Health & Wellbeing Committee for details at chair.hwc.leitrim.@gaa.ie and visit www.gaa.ie/community for more information.