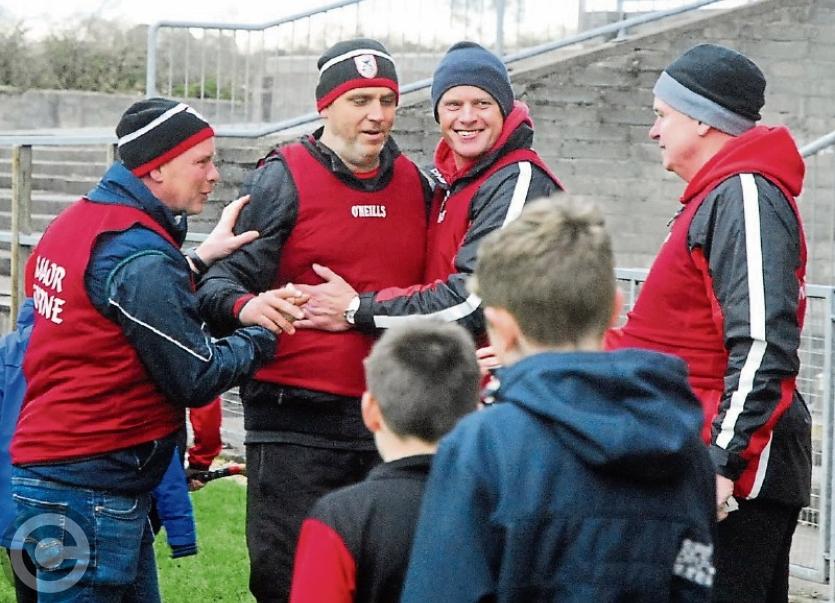 You knew that Carrick were taking this Connacht Club Junior campaign very seriously when manager Olcan Conway skipped out on the initial celebrations after their County Final win recently but it all paid off in spades last Monday.

Up against a high scoring Coolera Strandhill in Avantcard Pairc Sean Mac Diarmada, Carrick made good use of Conway’s scouting to book their place in the Connacht Final - “We got a good look at Strandhill last week in their county final, we got a good luck at their danger men.

“We knew that if we got our match ups right, we knew we could cause them trouble. We have very good forwards, Kevin, Colm, Cathal and the two bucks inside can cause any defence havoc if we give them quality ball in, they can beat any defenders.”

And Olcan was happy that Carrick had displayed their hurling credentials on Monday - “We knew going into today’s match that it was going to be a hurling match, last week’s Final was a dogfight, it was a tough game and Ballinamore pitch was very heavy.

With the Galway Semi-Final only being played last night (Tuesday) and the Final scheduled for Thursday, Olcan will get the chance to see who Carrick will be facing - “I know the fixture is down for Saturday and I have an idea what’s happening in Galway but we were trying to focus on this game first.

“We took our eye off the ball this time last year against Calry and lost heavily, we weren’t focused so it has to be one game at a time. We'll look forward to the Connacht Final, the lads deserved to be there, the older lads there particularly James, Clement and Vinny, hopefully, we can do ourselves justice.”

With such a tight timeframe for the Galway champions, is he worried the game might get postponed? “To be honest, I wouldn’t particularly care. If we can’t beat them this Saturday, we won’t beat them the following Saturday so whenever they want to play, we’re ready to play.

“We’re focussing on recovery the next few days but if the game is on this Saturday, whoever is available to play will play and that’s great.”

And you get the sense that Olcan is setting his sights on a first Connacht Junior Hurling crown for Leitrim - “You don’t go into any game prepared to lose that’s for sure. We will go in with a positive mindset.

“We will go in with confidence and belief that we can match anyone with our skill levels, our physicality, our intensity, things that we work on constantly all year to get to here at the end of the year and hopefully everything comes together when we need it.”