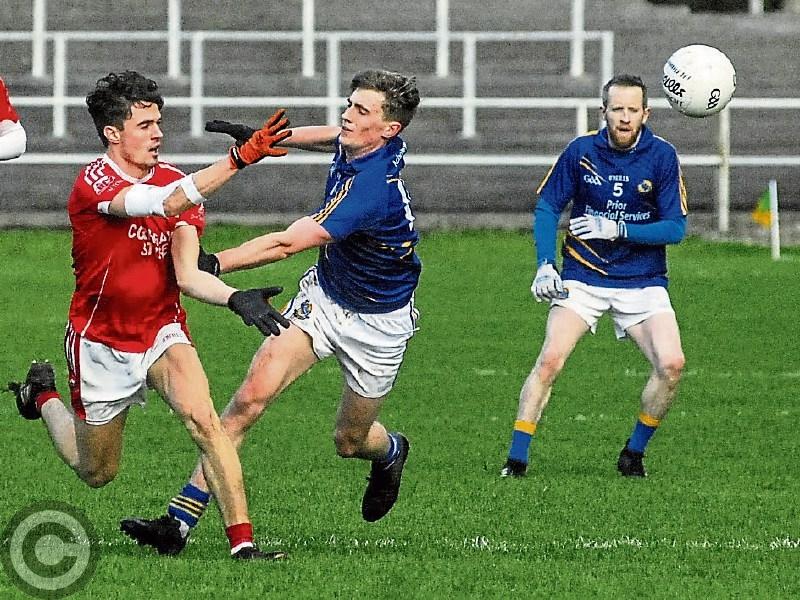 Stephen Gilheaney moves to tackle a Ballintubber player - Aughawillan are nominated in the Team of the Year category. Photo by Willie Donnellan

Leitrim's brightest and best sporting heroes will be honoured once again at this year's Leitrim Sports Star Awards in The Landmark Hotel on Saturday, November 24.

The list of nominees for this year’s awards has been revealed with the standard getting higher and higher each year and some incredible competition for some of the awards.

Dessy has given a lifetime of service to Leitrim Cumann na mBunscol, only recently stepping down as Secretary after 35 years in the role - certainly the definition of an unsung hero.

A wide variety of sports have been nominated - from gaelic football to boxing, athletics to pool, soccer to triathlon with all manner of achievements recognised. The following are the nominees for the Awards:

The overall winner of the Leitrim Sports Star Awards will be announced on the night.

Our special guest on the night will be Irish Ladies Hockey captain Katie Mullen.

MC for the evening will be sports reporter John Lynch.

Should anyone wish to come along to support the nominees and enjoy what promises to be an excellent night of celebration you can purchase a ticket for €40.00 by calling Leitrim Sports Partnership on 071 9650498 or emailing us on sports@leitrimcoco.ie.