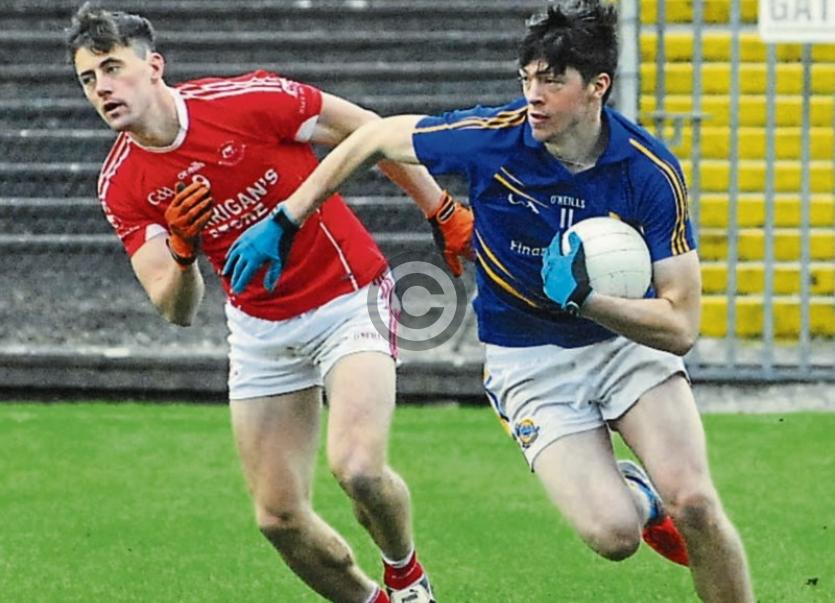 It wasn’t meant to be for the Willies on Sunday as they came up against a better team, but the result takes nothing away from what has been another brilliant year for the club.

An article on Joe.ie in advance of their match again Ballintubber highlighted what’s so special about Aughawillan. Therein are lessons to learn for every other club and player in Leitrim. The most notable for me is the involvement of so many players in the club executive.

Aughawillan is committed. Always have been. Two of the busiest roles in a club are covered by key playing personnel.

Juxtapose that with the experience of many other clubs who struggle to get their senior players to manage the club lotto once a month.

That’s certainly the experience in Melvin Gaels, and it’s a common complaint when speaking to executive members from all over the country.

It’s ironic really, considering that most clubs focus a disproportionate amount of attention and resources on their senior teams. This can result in many players feeling themselves dislocated from the day-to-day running of the club, the real engine room.

Of course, players should always be allowed to focus primarily – and at times exclusively – on their preparation and their matches. The Willies are acutely aware of this and when players are required to turn their focus exclusively to on-field activities, others on the committee and in the club step up.

During Crossmaglen’s reign in Armagh and Ulster, and their impressive domination at national level, representatives of the club delivered a workshop at the GAA’s national Coaching Conference. They knew that the packed house was hoping to hear some magic formula that would allow the cloning of their success.

Instead they got a variation of what readers of Joe.ie discovered. There is no magic formula beyond everyone – senior players included – buying into the values that underpin a club and community.

Crossmaglen were equally mindful of ensuring that the role of their senior players extended beyond the playing field: they were enlisted to work as coaches with their nursery and underage teams.

As a result, the young players who idolised them (and you don’t have to be an All-Ireland winner for a youngster to idolise you – wearing your senior club jersey is often enough) got to learn from them and share their club and community identity with them.

It was never allowed to interfere with their playing responsibilities. But it clearly had add-on benefits for the players in grounding them in a coaching philosophy: just look how many of that great era have gone on to make names for themselves as coaches.

Players can be very single-minded. In fact, it is a common trait amongst some of the greatest athletes of all time. But evidence also shows that in the long-run more rounded people make better players, and visa versa.

The coaching philosophy of John Wooden elevated this approach to new levels of awareness.

One of the most celebrated sports coaches in the world thanks to his unparalleled success with the basketball programme at the University of California, it was his player-centred, values-based approach that reminds us that sport is about much more than winning.

The fact that he won a record ten NCAA national championships in a 12-year period as head coach at UCLA, including a record seven-in-a-row (no other team has won more than four-in-a-row in Division 1 college men's or women's basketball) proved that contrary to the belief of many, such an approach isn’t made at the expense of a competitive edge.

On the contrary, if properly implemented, it enhances it.

Similarly, the involvement of Aughawillan’s players in their club executive has not diluted their commitment as players, it has enhanced it. Their teammates know that the player-executive members listed above go above and beyond the call of playing duty for Aughawillan GAA club and will do likewise when on the field.

Their teammates know that, without them, there might be no club, and they would not have the opportunity to carry on the proud tradition of representing their community, and so raise their game in gratitude and comradeship.

A virtuous circle results and the squad become more than the sum of their parts, and when a game is in the mix and there to be won they know they can reply on one and other because their bond goes beyond the oft empty words uttered pre-match in a changing room.

Their evidence is in the living of it.

And that is why Aughawillan win games some in Leitrim believe they shouldn’t and continue to box above their weight but not their class, for, as a club, they are a class apart.

Speaking of class, a word of congratulations to the history makers in St. Mary’s. I was thrilled to see my old Leitrim team mate James Glancy captain the first Leitrim team to bring home a Connacht provincial championship title.

I’ll always remember watching James line out at corner-back for the Leitrim hurlers with his father Kevin starting at corner forward.

What an honour for James representing his club and family to cross the Shannon and bring home that silverware.